With big companies moving into the 3D printer space, is there any room left for the small guys?

Just a few short years ago the space was flush with basement inventors, each developing what they felt were unique 3D printers to be launched on Kickstarter or Indiegogo. With plenty of hope, and perhaps less ability, many of these ventures failed, but some survived and thrived. Some of the earliest ventures are now major players in the space, such as Ultimaker and Formlabs.

But in more recent years, the competition has become an incredible barrier for new entrants.

Last year we saw a ton of seemingly indistinct desktop 3D printers launch on Kickstarter, with virtually no difference between them and any other common machine. In some cases they were priced higher than reliable machines available from competent larger vendors with support programs.

There was no reason to select them, and in many cases the launches gathered very few buyers. In some cases there were literally ZERO buyers. These products should never have come to market, despite the enthusiasm of their developers. Just because you can build a 3D printer of the same quality as others doesn’t mean you can sell it.

So the market for startup 3D printers is dead. Or is it?

There is one way yet forward for startup 3D printer companies: uniqueness.

That is to say, marketing a machine that does something SIGNIFICANTLY different than the others. You cannot compete on price alone anymore, as the big guys are now involved and their economies of scale are unsurpassable.

One company that seems to be following this strategy is ByFlow, a Dutch company that develops a simple 3D food printer. The device is of simple design, equipped with a syringe system to squirt pasty substances according to a 3D model’s pattern.

We’ve been skeptical of 3D food printers in the past, not because they don’t work (they do), but because of the rather limited market for them, at least until the technology changes significantly. There are only a few ways to practically use 3D food printers, but these applications do indeed exist.

While consumer kitchen chefs may be far too impatient and incapable of 3D design to properly use such technology, professional chefs wishing to create very unique pieces for events, or pastry chefs batching up unusual cake toppers, could find technology could indeed be quite useful.

And that market is substantially smaller than the general consumer market. Everyone has a kitchen, but there are far fewer professional chefs, and especially those on the experimental edge willing to try something strange like this device.

It means the business expectation of a company like ByFlow will be less ambitious than say, HP, Prusa or Stratasys. But you can still make a valid business from a small market, especially if it is one that the big guys are ignoring – which they will because it is small. They’re chasing bigger whales in other markets.

Let’s do some arithmetic.

That seems to be the case, as CEO Hoff is highly visible in all their marketing, including their newsletter and even their help chat! I don’t know how many people are employed by ByFlow, but their operation could be done efficiently with only a few.

This is, I think, the sweet spot for a small 3D printer company: a niche market, low overhead and a quality product sold in low volumes.

That last point is critical: If Hoff woke up to find 10,000 orders in the mailbox, they might have a problem re-organizing, expanding production and hiring multiple staff to handle them.

It’s possible the company’s strategy is to stay at a reasonable size to serve a small, niche market.

Kerry Stevenson, aka "General Fabb" has been writing Fabbaloo posts since he launched the venture in 2007, with an intention to promote and grow the incredible technology of 3D printing across the world. So far, it seems to be working!
All Posts »
PrevPreviousIs 3D Printed Furniture Practical?
NextSindoh’s 3DWox 2X Desktop 3D PrinterNext 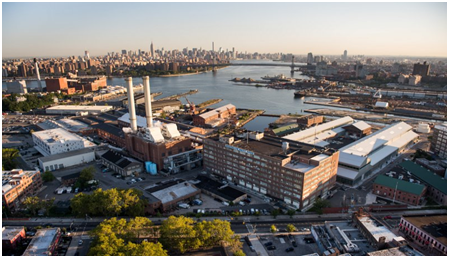