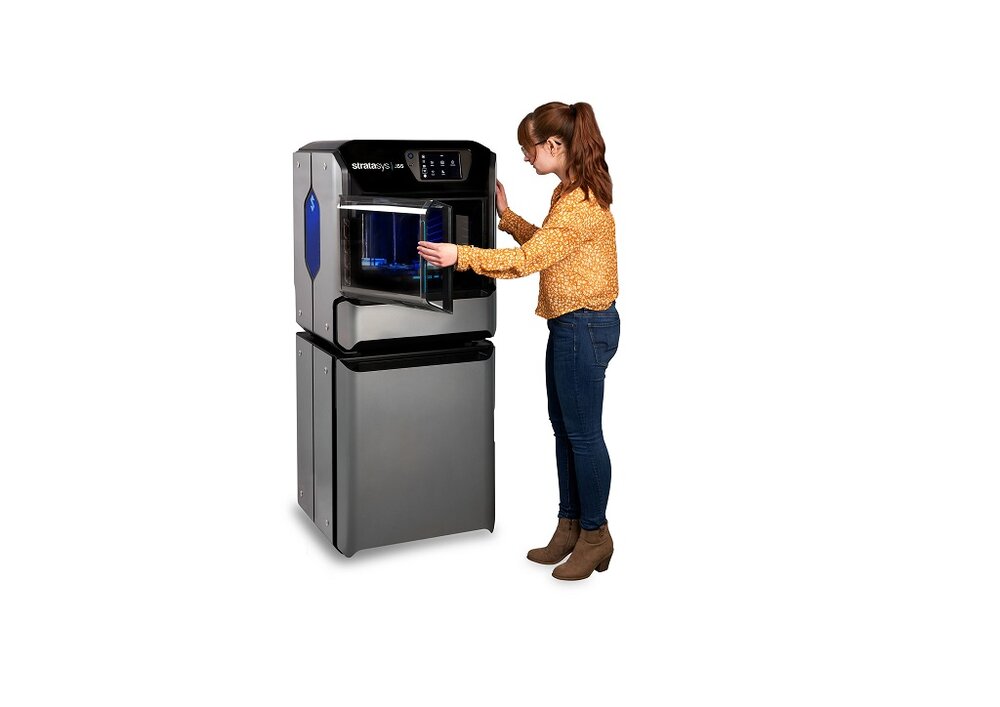 A new small-footprint full-color 3D printer has emerged from Stratasys.

The launch for this new system, the J55, was a far cry from that of the J750 several years ago. While for the older system I joined other press and analysts at OtterBox HQ in Colorado, getting hands-on with all sorts of samples and watching the just-unveiled new 3D printer work away in a live installation, this time the viewing was from the comfort of my own office, where I sat at my desk as teams from Stratasys and other launch partners shared from the comforts of their offices. It was still hands-on, as the Stratasys team were thoughtful enough to send over a prototype print so I could get at least some of the full picture of the new system.

2020 is a strange time for launches — but an excellent one for technology, still.

As Stratasys CEO Yoav Zeif said during today’s live virtual launch (from his office in Tel Aviv), “If I look at the future, the road is paved for success because 3D printing…will change the status quo.”

He was directly referencing the new 3D printer, which can print with five materials (and a support material) in almost 500,000 colors, with Pantone Validation.

The J55 offers some by-now familiar functionalities among Stratasys’ PolyJet offerings, such as that multi-material, multi-color offering — but in a much smaller footprint, and at a much lower cost. Starting at $99K, the new system is “about a third the price of enterprise-class PolyJet printers,” the company says.

It also offers some other standout qualities, like a new rotating build platform (patented, naturally) with a fixed print head. That’s an interesting proposition, and rather different from the functionality of most extrusion-based 3D printers we see. Stratasys says this design is “to maximize reliability and simplify maintenance,” while also enabling a small-footprint-greater-output system that’s “about as quiet as a home refrigerator” (and “odor-free” with ProAero filtration).

As of today, Stratasys is taking orders, with shipping anticipated for July 2020. 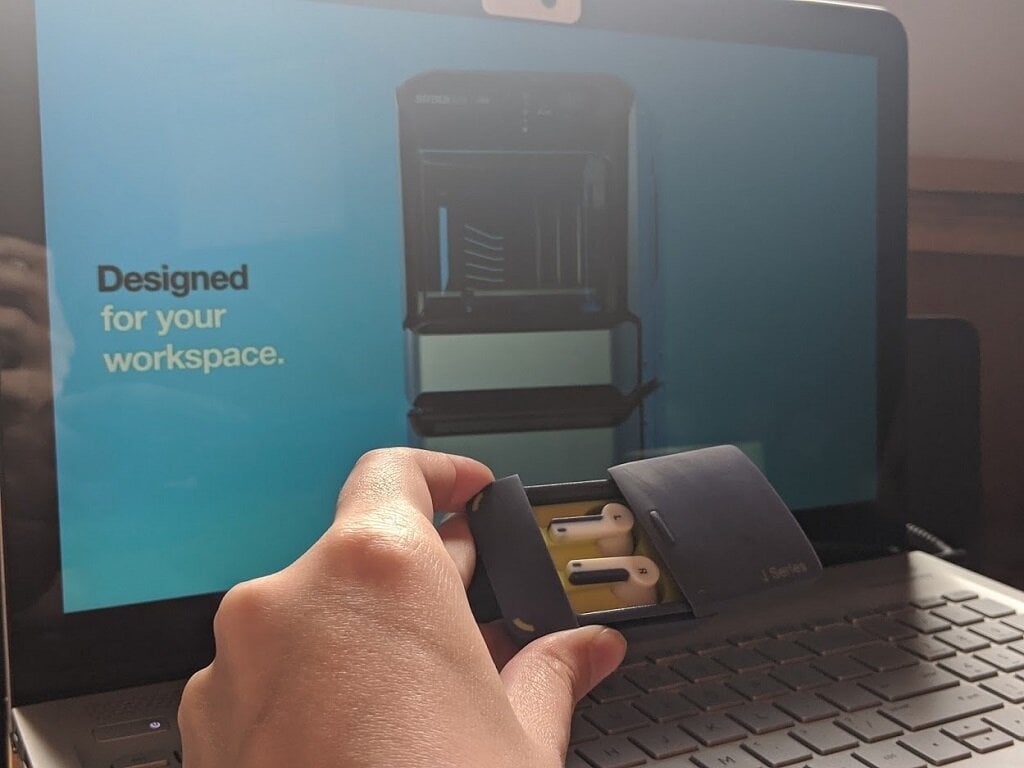 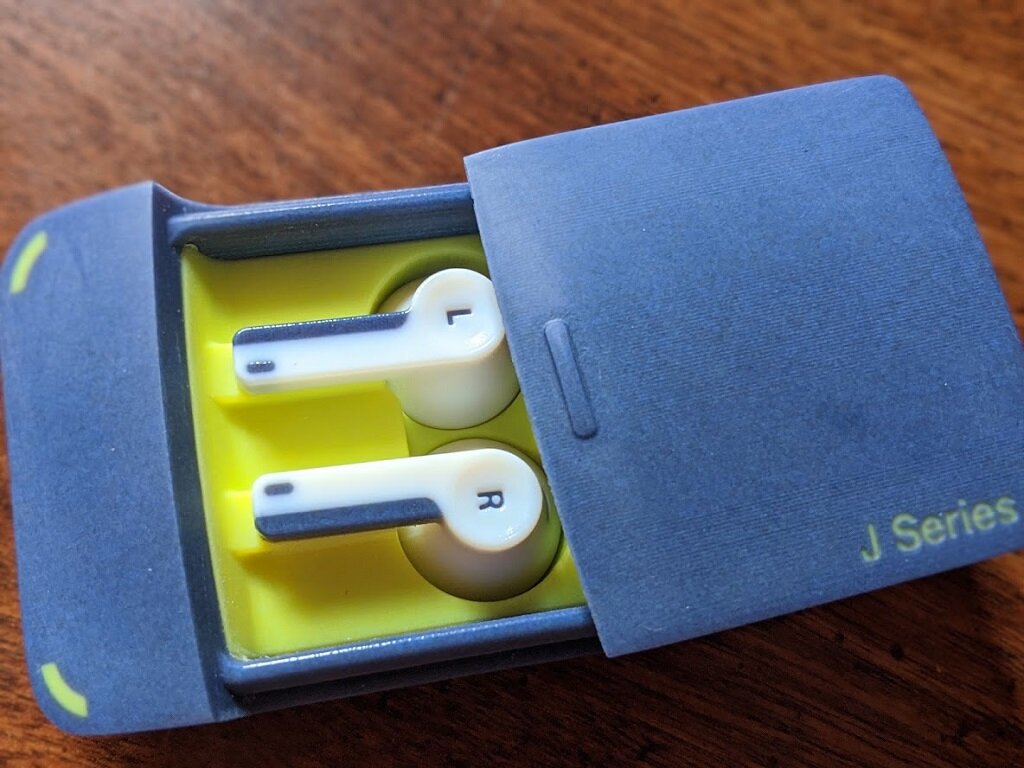 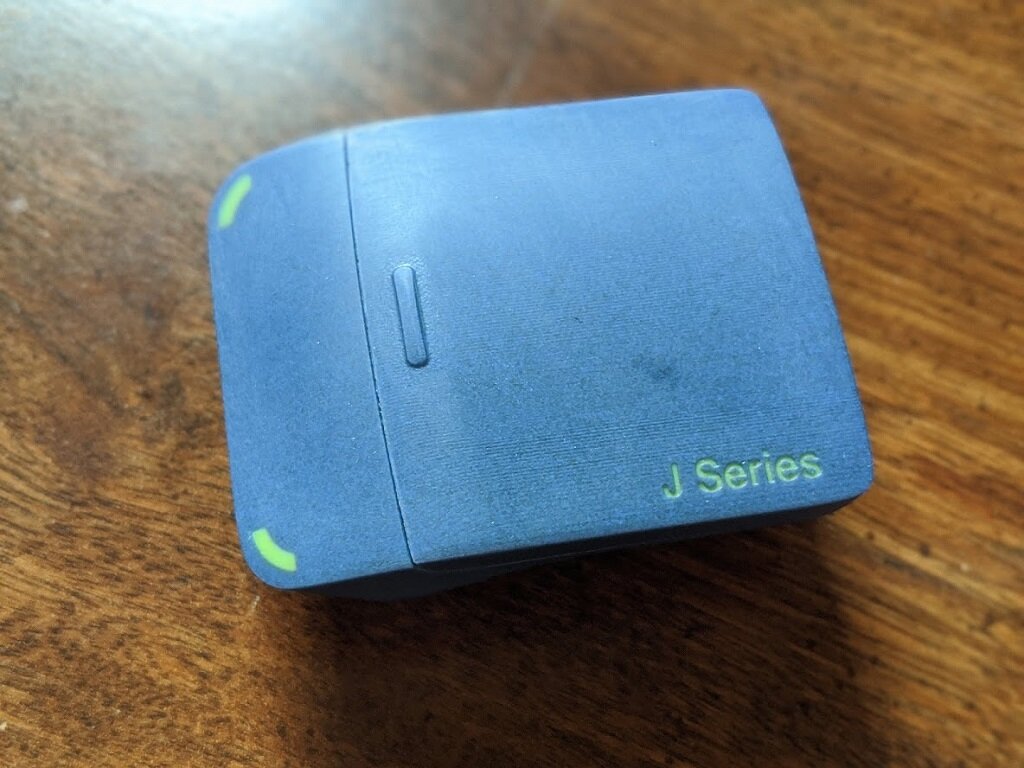 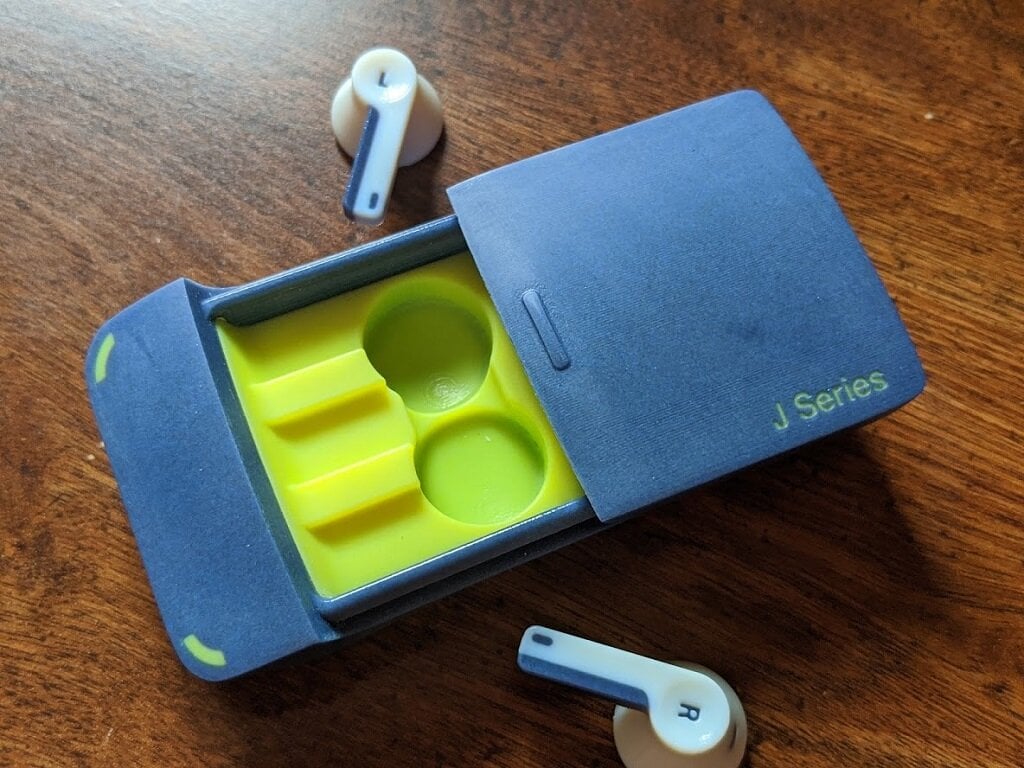 [As hands-on as I could get with the J55: watching the launch virtually with my full-color prototype earbuds and packaging / Images: Sarah Goehrke]

As noted, I couldn’t exactly get hands-on or up close and personal with the J55 this time — fortunately, others have.

Analyst and Fabbaloo friend Pete Basiliere was on-site in Florida earlier this year for Stratasys’ global dealer event, Impact 2020. We caught up this week, as he shared some of his impressions from seeing the actual system.

One standout observation — and one repeated during the virtual launch today — was the ease of installation. Stratasys really wants to mean it when they talk about “office friendly” 3D printing, and that includes setup. Industrial 3D printing systems aren’t historically the most intuitive systems, especially for designers and those who don’t usually work directly with such manufacturing equipment.

Beta customers have set up their new J55 systems with only remote support, a bit of a changeup from standard industrial 3D printer installations that require a technician on-site. Obviously this has been impacted by necessity due to pandemic precautions that limit travel and in-person visits, but it does speak quite highly of the J55 that such setup is not only possible, but demonstrable from several such installations.

Pete shared more impressions and insights from the dealer event in a blog post here — very well worth the read to skip marketing-speak and get to the heart of real-life informed understanding.

Via Stratasys and Monadnock Insights

Sarah Goehrke is the Managing Editor of Fabbaloo, via a partnership with Additive Integrity LLC. Focused on 3D printing journalism since 2014, she strives to bring grounded and on-the-ground insights to the 3D printing industry.
All Posts »
PrevPreviousProgress With Desktop Metal’s Newest 3D Printing Systems
NextThis Electroluminescent Paint Lights Up When You Pass A Current Through ItNext