A series of disturbing reports have emerged this week from resellers of LulzBot’s 3D printers.

The LulzBot story is complex and still unfolding, but to quickly catch up on what’s happened:

Since then we’ve heard very little about LulzBot, other than that they are selling equipment, continuing development and staffed up in Fargo to a notable level. We will be speaking soon with the company to catch up, though.

Our hope was that the brand could be revived, as it was extremely popular, partly because of the open nature of the company and its products. In a way, LulzBot was the “Prusa of the USA” in the desktop 3D printer market. Many people have invested in LulzBot products and no doubt hope to do so again.

Announcements from resellers of LulzBot equipment began to appear recently.

Here’s one from Printed Solid, a Delaware-based reseller marketing a number of major 3D printer brands including Ultimaker, Zortrax, Raise3D, Fusion3 and others, who said:

“We are sad to report that the relationship between LulzBot and Printed Solid has ended. At Printed Solid we have always had at our core that the products we sell or don’t sell are because we believe that those products are best in class and contribute to the community of 3D printing and that those decisions are 100% our own.

With new requirements imposed by LulzBot on top of their reseller agreement we do not feel that we can continue to uphold our beliefs in being honest, helpful and direct with our customers. This means that our reseller status has ended with LulzBot.

Then, another announcement from a second LulzBot reseller, IT-Works 3D:

Due to us adding the SynDaver printer to our lineup, Lulzbot has decided to terminate our reseller agreement. We can no longer sell or offer new Lulzbot products, but WILL continue to sell parts, toolheads, refurbished printers as well as service any printers that are not in warranty.

To the customers that depend on us for Lulzbot parts and service, we are sorry we cannot offer new anymore, but we can promise you we aren’t going anywhere.

Thank you all for your continued support. As a small business, we genuinely appreciate all of you.”

It seems that in both cases the resellers added the new SynDaver Axi 3D printer to their portfolio, and it is likely that FAME 3D now requires resellers of LulzBot equipment to not resell SynDaver equipment.

What’s really going on here? I think it has to do a lot with the concept of open source.

And that’s really not a surprise, as SynDaver is perfectly within their rights to produce this machine — because Aleph Objects OPEN SOURCED THE DESIGN. (The Axi is also open source.) An open source design is “open” and anyone can make use of it, so long as the license rules are followed. In fact, many people have built LulzBot machines on their own because of this. LulzBot thrived under the Aleph Objects regime because of the open source atmosphere that directly connected their products to a particular market of those with an affinity for open source products.

MakerBot went through a similar issue years ago. After their initial Replicator product was released as open source, the company quickly found Asian competitors were legally making clone versions and selling them at lower price levels.

Unable to match low-cost overseas manufacturing, MakerBot was forced to switch their policy from open source to closed source, much to the consternation of their large and dedicated open source fans. This cut off the Asian manufacturers, albeit only temporarily, and you can still see the legacy of this scenario with MakerBot Replicator-like equipment from some manufacturers, such as the Flashforge Creator.

MakerBot barely survived this transition, and then only because they were supported by a buyer, Stratasys, who spent several years reorganizing MakerBot into a completely different company that now addresses an entirely different market.

Today MakerBot is such a completely different company that I even think they should change their name. However, in a recent chat with MakerBot’s CEO Nadav Goshen, he didn’t seem so keen on the idea.

Could LulzBot be going through a similar scenario? It could very well be, and the outcome could be the same.

Judging from the avalanche of comments on several social media threads it appears the very 3D print community that previously liked LulzBot could be turning against the brand as a result of this move.

Open source companies are entirely possible, but they’re challenging to run. They must be very transparent with the community and provide capabilities beyond mere machines: service, supplies, upgrades, support and non-machine aspects are the areas of competition. They can’t hope to compete on machine price because anyone might use the open source designs to produce a lower-cost version.

Because of these moves it’s unclear what FAME 3D’s strategy for LulzBot might be, but it’s certainly different from Aleph Objects’ strategy. We’re hoping to hear more from the company directly in the future.

[UPDATE] We’ve been able to contact FAME 3D and have an extensive interview that tells what happened and the future for Lulzbot.

Kerry Stevenson, aka "General Fabb" has been writing Fabbaloo posts since he launched the venture in 2007, with an intention to promote and grow the incredible technology of 3D printing across the world. So far, it seems to be working!
All Posts »
PrevPreviousCBD Products, Hemp, and 3D Printing
NextThe Consolidation Trend in 3D Print and Manufacturing ServicesNext 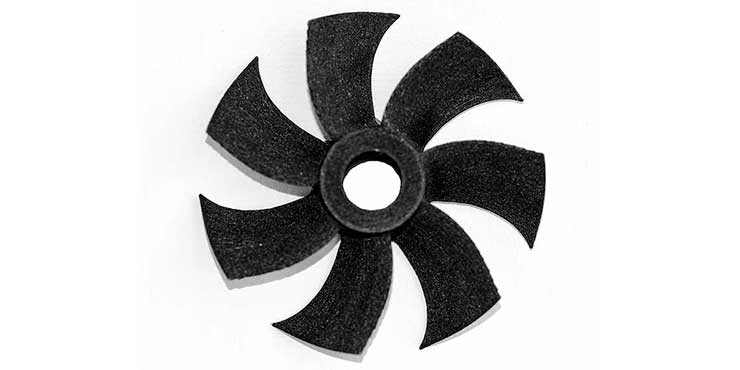