I’m reading an article on Hackaday about some folks experimenting with 3D printed gun parts and realized there could be a problem.

The Hackaday story highlights the efforts of some hobbyists to use 3D printing to understand how the mechanical aspects of historical firearms were made. The idea is to reproduce the components used in notable firearms of the past.

There’s quite a science involved in weaponry of this type, as inventors over many years developed new approaches that dramatically changed firearm performance. These innovations were introduced in firearms we now see as notable, mostly due to the effect the innovations had in the field. The work of these hobbyists is to replicate their mechanical workings using 3D printing.

To say it one way: They are 3D printing guns.

But hold on, these are most definitely not actual weapons. They cannot fire at all, and are made entirely of flimsy plastic. There is in fact no intention or possibility of EVER firing them. They are made solely for mechanical experimentation.

To say it another way: They are not 3D printing guns.

They are 3D printing objects whose shape and movements happen to be identical to actual historical weapons. But they’re not weapons.

So which is it?

You can see some of this work in this video:

This work seems entirely harmless and perhaps interesting, too. However, I have a suspicion this may generate some issues.

While the work of the hobbyists may be harmless, others may mistakenly perceive they are “3D printing guns”. In fact, they are 3D printing non-functional plastic gun replicas, little different from toy guns, albeit far more sophisticated in design. Even if that misconception was resolved, there’s another possible issue.

The 3D models used to perform these investigations are being used to produce thermoplastic replicas. But wait — those same 3D models could, in theory, be used to 3D print (or CNC) the same parts in metal. Those metal parts could then be post-processed and perhaps even assembled into a more functional metal replica.

Because of that possibility, is there some obligation to maintain the security of those files? Could they be sent to other countries in apparent violation of export bans? What if the files were posted publicly on a website? Is that considered exporting the files? (Hint: it was considered exporting in at least one similar case a few years ago.)

I don’t know the answers to these questions, but I do know that if I was working on this project, I’d want to make sure there was no laws or regulations being broken, even inadvertently.

Kerry Stevenson, aka "General Fabb" has written over 8,000 stories on 3D printing at Fabbaloo since he launched the venture in 2007, with an intention to promote and grow the incredible technology of 3D printing across the world. So far, it seems to be working!
All Posts »
PrevPreviousFormlabs Announces Form 3BL Biocompatible 3D Printer
NextStratasys’ Scott Crump Retires?Next 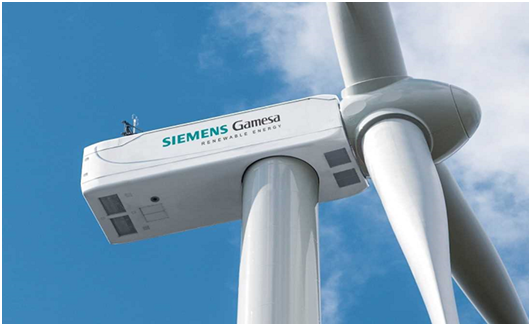 3D Printing And Siemens As A Technology Company

Charles R. Goulding and Preeti Sulibhavi consider the idea that Siemens is a tech company.