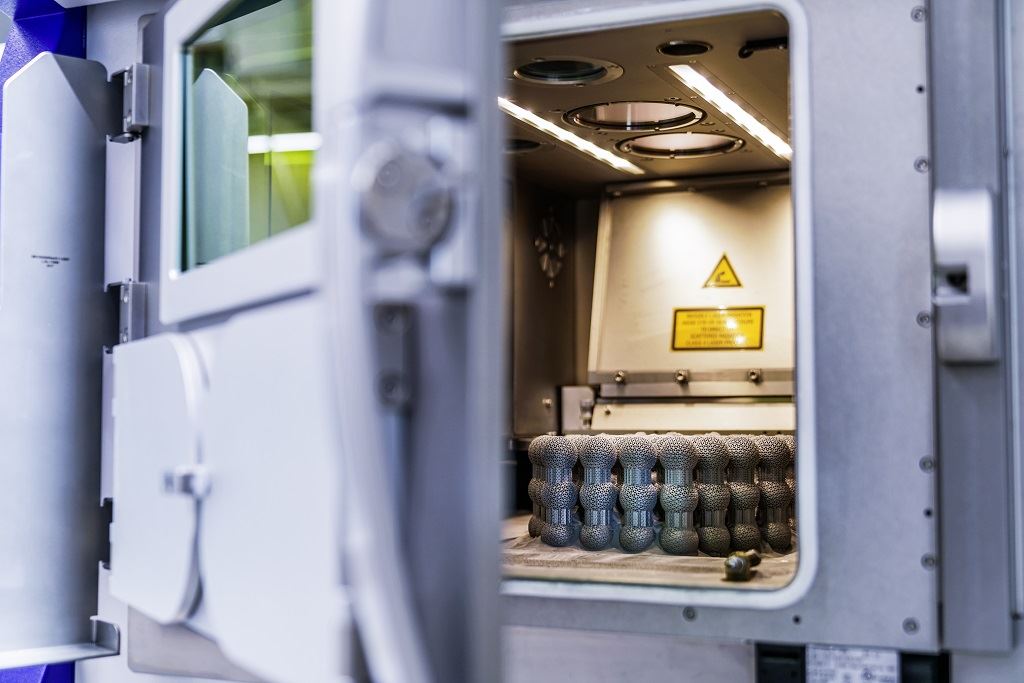 SLM Solutions traces its history back to the origin of selective laser melting technology — and is looking ahead in metal additive manufacturing.

The Germany-based company is one of the originators of SLM technology and to this day remains solely focused on metal additive manufacturing. A few of the patents SLM Solutions has pioneered/holds include:

With decades of experience and ingrained expertise in SLM, somehow this company still manages to fly under the radar in some discussions of today’s additive manufacturing industry. We’ve been speaking with the company, though, to open up their story and take a closer look at their contributions and the shape of SLM Solutions today. 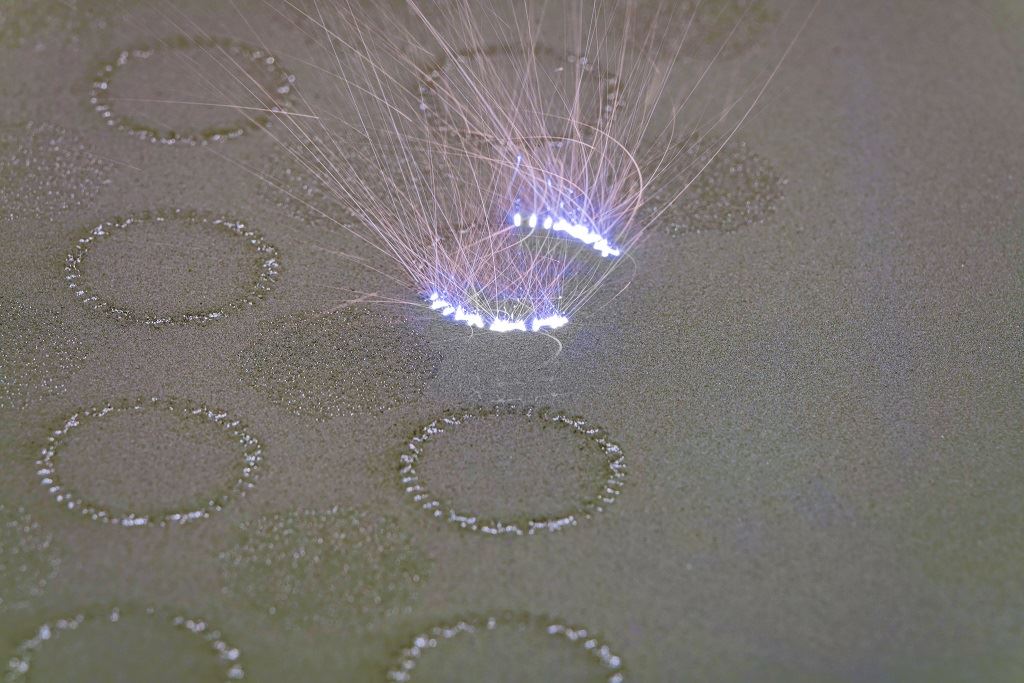 Selective laser melting is fairly aptly named; the technology uses a laser to selectively melt metal powder, layer by layer, to produce solid metal parts. Precise control is possible with this process, as each layer is less than half the thickness of a piece of paper.

The base patent at the heart of selective laser meltingsits with Fraunhofer ILT, with additional developments contributed by Dieter Schwarze, now of SLM Solutions, and his business partner Matthias Fockele. In 1989, Schwarze read an article about Chuck Hull’s SLA 3D printing process, pioneered three years earlier: this article inspired SLA-driven work with Fockele at their company F&S (Fockele & Schwarze) Stereolithographietechnik.

In 1995, Fraunhofer ILT scientists approached Fockele & Schwarze to develop a new 3D printing technology — one with metal, that could make “parts that wouldn’t break if they fell off the table.” For about the next three years, research took place at both Fraunhofer ILT and F&S, using F&S’ open software as well as hardware that Schwarze and Fockele developed. In 1996, the three Fraunhofer ILT researchers received base patent DE 19649865 for the ILT SLM process, with Schwarze and Fockele co-inventors.

Around 1998, F&S delivered their first commercial SLM machine to Trumpf. While some things haven’t changed too much from that initial installation — namely the laser spot diameter and the layer thickness — some progress has very fortunately been made. A metal part the size of a matchbook would take more than a day to produce on that first system, using a 12W laser; today, that 1 x 3 x 2 cm part would be made with a 400W laser in closer to 30 minutes.

In 2000, Schwarze and Fockele trademarked “SLM.” That year, F&S also began a commercial partnership with MCP HEK, which marketed the SLM machines that F&S produced. In 2008, MCP HEK was renamed MTT Technologies — in 2011, another name change saw the company become SLM Solutions GmbH.

Through these years, SLM as a commercial technology progressed alongside the corporate aspects. In 2008, the company (then as MTT Technologies) introduced the SLM 250 HL — 250 for the dimensions (in mm) of the X, Y, and Z planes of the build chamber, and HL for Hansestadt Luebeck — which used one 400W laser. In 2011, the company (now as SLM Solutions) introduced the SLM 280, with a larger build volume than its predecessor.

Developments continued, and in 2014 SLM Solutions unveiled its flagship SLM 500: a four-laser system bringing a combined 2,800 watts of power (700 x 4) and designed for continuous operation. Not only was the SLM 500 the first quad-laser machine on the market, but it also added additional safety features, including a completely enclosed system that negated the need for human contact with metallic powders, and features a continuously recirculating closed-loop powder flow station.

Back on the business end, SLM went public with its IPO on the Frankfurt Stock Exchange in 2014. SLM Solutions joined the 3MF Consortium in 2015 to look more toward the future of full-fidelity 3D models. In 2016, the company announced a joint venture with a German manufacturing company to produce metal and alloy powders for its systems.

Moving into the present, the company has introduced the SLM 800 with the tallest Z-axis powder bed and is set to start shipping its SLM 280 Production Series systems at the end of this year, around the time it will also introduce the newest updates to the SLM 500, all focused on the next generation of industrialized machines ready for certified serial production.

SLM Solutions in the Industry 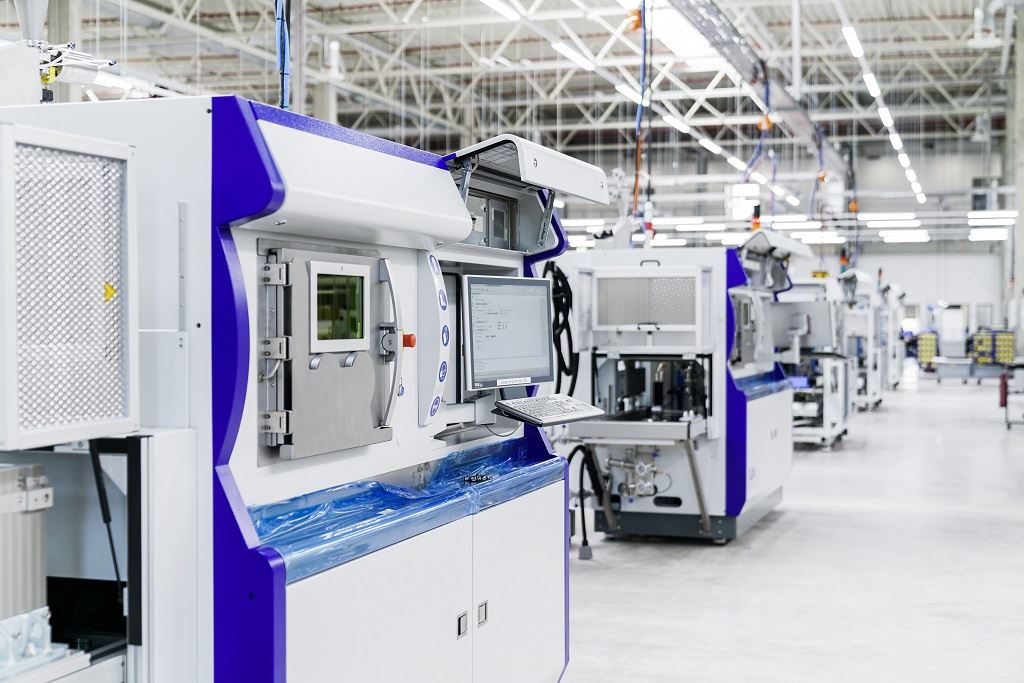 The place of SLM Solutions seems solid, with the company so thoroughly ingrained in the decades-long history of the SLM process. But more often today when we hear about metal 3D printing, theirs is not the first name brought up.

For a while in 2016, they sparked great interest when they were the first target for GE’s acquisitions-based entry into the additive manufacturing market. That deal, though, fell through, and GE turned to another target. SLM Solutions’ shareholders didn’t all agree that the company’s acquisition was in its best interest (including at the price offered), and so SLM Solutions continues to operate independently.

It’s also no secret that the company has had some organizational issues while it experienced rapid growth following its IPO; SLM Solutions has owned up to this and is well aware of the impact on sales and profit that structural issues have had in recent years. The company does lay its financials out in the open, as it is one of the few publicly traded entities in the industry, so it would be silly to pretend it’s all been smooth sailing. However, these may ultimately prove to be more ‘growth opportunities’ than full-stop setbacks.

Two months ago, SLM Solutions named Meddah Hadjar as its new CEO. Hadjar is taking leadership strongly in hand, bringing significant industry experience to bear with aggressive restructuring strategies that he and the management team hope will lead to a new era of growth. Much of his aerospace engineering background is based at GE, where he worked in leadership roles as a user of the SLM technology in GE Aviation, GE Oil & Gas, and GE Power & Energy. Hadjar’s most recent position as the General Manager of GE Additive’s Laser Products business allowed him to gain experience with the technology side of the industry while overseeing Concept Laser (which was acquired in place of SLM Solutions three years ago).

The mentality of fixing problems and driving a team with a suite of successful offerings forward is keeping SLM Solutions afloat — and more than afloat.

We’ve had a look inside their metal additive manufacturing systems, and have been pleased to see increasing emphasis on features, including ease-of-use, that are necessary to succeed in production environments.

Additive manufacturing is heading toward production, make no mistake. Metal is of particular interest, and those with deep expertise have decades of experience to draw from in creating trusted new products built on strong foundations.

Looking Ahead with SLM 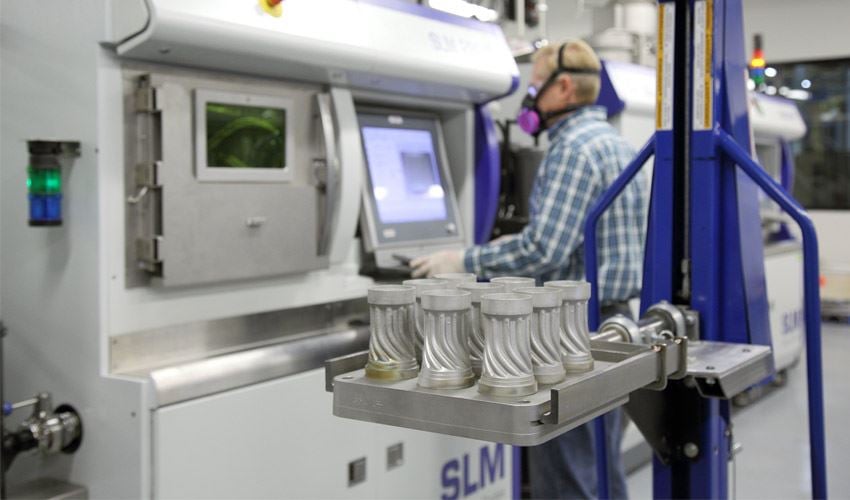 A finished build ready for its next steps [Image: SLM Solutions]

With a new management structure and upcoming releases building upon proven systems, SLM Solutions looks to be setting itself on a new course.

The company is talking more, and to its credit is opening up more about its operations and offerings. They opened a new application center in Shanghai last quarter and I’m looking forward to visiting them soon in Detroit, the same day they will be hosting the July meetup for Women in 3D Printing and offering more tours for a very open look inside the company.

Strategies in additive manufacturing hinge upon several components: viable technology and, beyond that, communicating the details of that technology. With a more conscious approach to corporate structure and a more open-door policy regarding its strategies and technologies, SLM Solutions is ready to stop being a quiet strength in the additive manufacturing industry — and is ready for its turn in the sun.