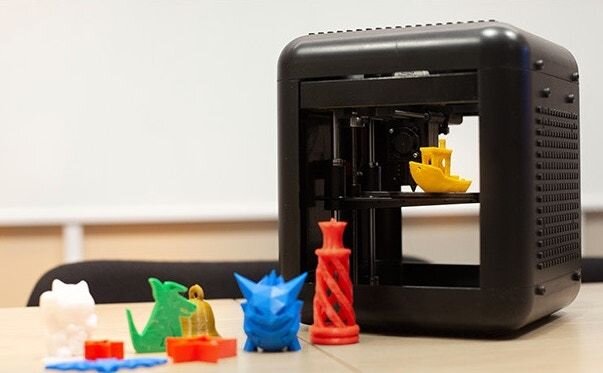 I thought the ultra-low-cost 3D printer had gone away forever, but apparently not.

The 3DFORT is a very inexpensive desktop 3D printer offered on Kickstarter for the ridiculously low price of US$59. As of this publication, the Kickstarter has closed, but it’s interesting to look at this offer regardless.

For several years there was a battle between Kickstarter participants to develop and market the lowest-cost 3D printer, often without regard to whether the device could actually be produced and function properly. Many such ventures collapsed and Kickstarter backers were left with neither printers nor their cash.

The usual giveaway was the price of the device. If it was lower than could be believed, it was likely a questionable venture: if there’s not enough money being collected to build the number of machines ordered, then how could it work? It was so bad that at one point we even wrote a guideline for 3D printer Kickstarter evaluations.

Could the 3DFORT fall into this category? Let’s take a look at what is being offered.

They explain the motivation behind the project:

“We used to spend thousands of dollars on 3D printers since 2012. At that time, 3D printer could only be used by the designers and makers. Yes, now is 2020, we found lots of team and company build different kinds of 3D printer. They all try their best to make 3D printers accessible to family and kids. SO DO WE! THEREFORE, WE MADE 3DFORT.”

There are no explicit specifications provided, but by reading through the promotional material I can gather that:

It’s not clear how 3D print jobs are loaded into the system, but I suspect there is a USB or SD card port somewhere in which pre-sliced GCODE can be injected.

The device seems to be targeted at US-based children, as there are toy prints prominently featured on the Kickstarter page, and the dimensions are specified only in inches. 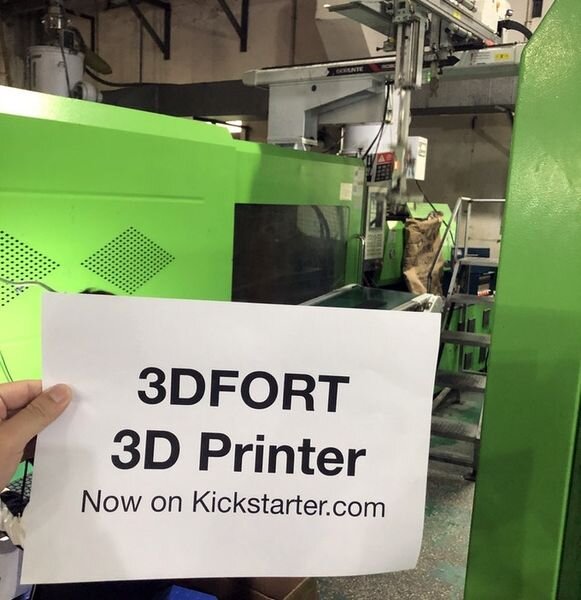 The big questions here are whether the 3DFORT would be successfully shipped to buyers, and whether the device actually works.

There are a series of videos showing the device in operation, so it does likely work, albeit very slowly. Its longer-term reliability is unknown.

When asked why the price is so low, they explain:

“Our production costs are relatively low due to the place. And this is a small printer, the maximum printing volume is 90 × 90 × 90mm. Printing accuracy, please refer to the boat on the page. The crowdfunding price is definitely lower than the market price. On the one hand, we can know the users’ opinions on our product design before mass production, then upgrade the product before mass production, and get the first batch of orders. It can also relieve the pressure of our mold opening cost, and the increasing order quantity can also relatively reduce the purchase cost.”

I’m not sure that answers the question.

As of this writing, a total of well over US$230K was pledged by 2,280 backers. The question is whether they will be able to produce this quantity of devices for US$200K.

It’s a little muddy to understand exactly who is behind this offer, but deep on the Kickstarter page it is explained that the team is from “Jinan Qingshan Plastic Industry Co., LTD.” I was unable to find further information about this company, but it’s possible it is a plastics manufacturing operation that has decided to produce a sideline product in the 3D printer space. If that’s the case, then the company’s overall revenue and resources can be used to ensure the proper manufacture and shipping of the printers. On the other hand, if this is a startup company, I have some fears they may not be able to deliver on the promises.

That said, they seem quite responsive on their Kickstarter forum, at least at this point. However, it is clear that most of those asking questions (and therefore the majority of the buyers) are those unfamiliar with 3D printing and have been attracted by the low price.

My thought is that you tend to get what you pay for, and the 3DFORT is likely a poor 3D printer, even if delivered successfully. But for such a low price, it’s a low financial impact if the product doesn’t work out.

Kerry Stevenson, aka "General Fabb" has written over 8,000 stories on 3D printing at Fabbaloo since he launched the venture in 2007, with an intention to promote and grow the incredible technology of 3D printing across the world. So far, it seems to be working!
All Posts »
PrevPrevious3D Printing A Bacterial Cellulose Hydrogel Matrix
NextDesign of the Week: DIY 3D ScannerNext