All About Polygonica’s Mesh Handling Toolkit 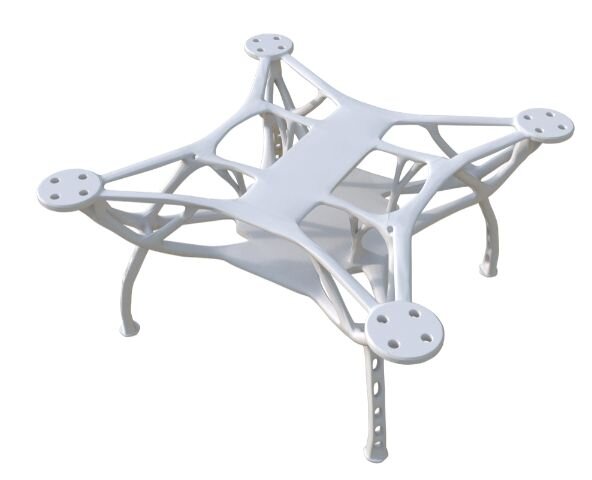 I had a chat with Cristina Sesma of MachineWorks, the makers of Polygonica.

You may have not heard of this UK-based firm, as their product, Polygonica, is not end-use software, but instead is more of a toolkit that is embedded in other products. The product has been around since 2011, while their company began in 1994 building CNC and CAM software.

What does Polygonica software do? They explain it thusly:

Sesma believes Polygonica is the best solution for healing 3D models, which we all know are often corrupted during generation and transformation into mesh formats. With complex models, the process of automatically repairing issues can be incredibly tedious if done manually. Many automated repair solutions can take on such tasks, but it’s hit-or-miss whether they repair the model properly. Usually I try several different tools until I find one that works best.

Sesma correctly explained to me that 3D printing models requires them to be watertight with no self-intersections, but that many CAD models typically have bad geometry and require repair. That’s what Polygonica does: automatically repair broken 3D models.

One of the sweet spots for Polygonica is the analysis of point clouds. These are typically obtained through 3D scans, where a massive series of “points” in 3D space are identified during the scan. The problem is in translating the point cloud into a proper 3D model.

Usually this is a very difficult process because scans are notorious for including noise. There may be stray bits disconnected from the scanning subject, or even “echoes” where the scanner momentarily messed up its positioning.

Sesma explained to me that Polygonica can recreate the original shape “quickly and cleverly”, which is quite a feat given the experiences I’ve had using most point cloud software. 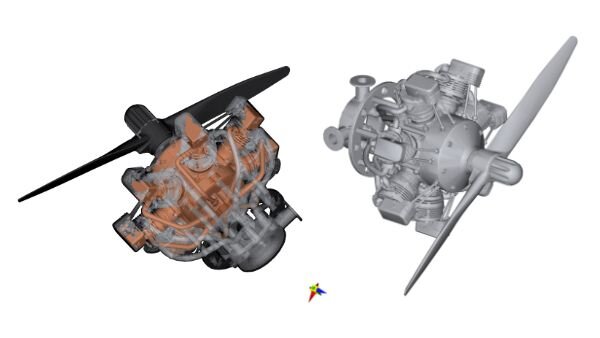 Polygonica can also perform a number of mesh operations, and one of the most useful is simplification. This is the process of reducing the number of faces in the mesh to a more reasonable amount. Often 3D scans collect far more data than is actually required, and the corresponding 3D models end up with “heavy” meshes.

These large mesh files turn out to be problematic for subsequent processing. For example, if you’re preparing the 3D model for printing, the slicing software might choke on a very large 3D model. By simplifying the mesh one can at least speed up slicing significantly, if not allow the slicing to even complete successfully.

I asked Sesma who is using Polygonica, having no idea who their typical clients might be. She told me they have many clients in the medical and dental industries, and there’s an interesting reason for this.

Thus they simply license copies of Polygonica to embed in their vertical applications to quickly perform the necessary mesh functions. They can then spend the majority of their development time building the app, not mesh utilities.

There are a number of well-known 3D printing organizations making use of Polygonica, although you might not know it. These include:

Another aspect that’s driving business towards Polygonica is intellectual property factors. Some organizations do not want to send their 3D models to cloud-based services for repairs, and thus are keenly interested in localized mesh processing. This can be done by implementing an application with Polygonica’s functions quite easily. 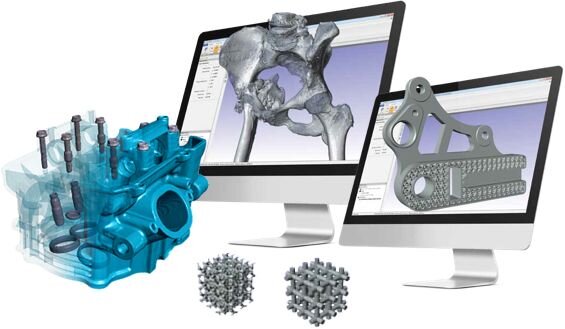 Sesma told me Polygonica is particularly suited for processing organic geometries, which are normally quite hard to deal with. Yet these are exactly the kind of data that comes from their frequent clients: think of a dental 3D scan of a gum line, for example.

Sesma said Polygonica’s latest release includes the ability to use curvature as a property of surfaces, which surely makes this type of processing a lot easier. In the end, she says the tool produces “well proportioned triangles” for a processed 3D model.

This is quite interesting, as most of the tools I’ve used end up producing a mess of huge and tiny triangles to match the shape, and that’s simply not good.

Sesma says that many FEA simulation systems work optimally when there are well-proportioned triangles, as they can get swamped by numerous small triangles that don’t really add anything to the simulation.

Beyond mere 3D model repair, Polygonica has many different uses that you might not expect. One described by Sesma involved clients using the tool to analyze 3D representations of mining tunnels. The client was able to identify pockets in the mine and could make determinations about where to cap the tunnels.

Another application can be to determine where residual powder might be trapped within a 3D model. This could be extremely useful for a service bureau operating powder-based 3D printers in metal or plastic materials, as it could enable an increase in post-processing quality.

When you think about it there are many potential applications for this type of software, well beyond 3D printing. However, I suspect with the increase in generative design we will see a corresponding increase in the need for complex mesh processing, and that just might be something Polygonica can handle.