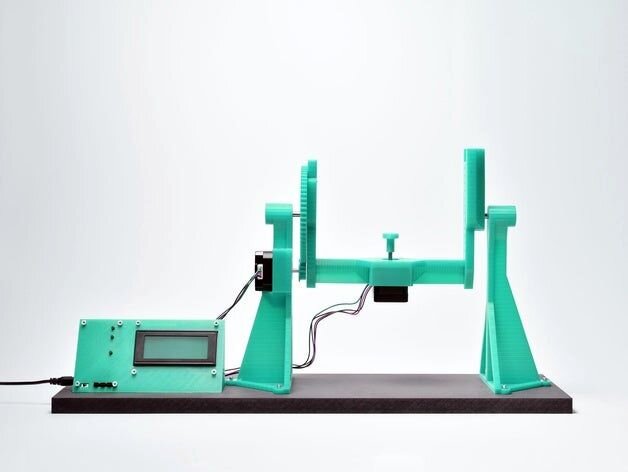 This week’s selection is the OpenScan DIY 3D Scanner.

There are several types of 3D scanning strategies, including handheld laser or structured light, parallel simultaneous photogrammetry, and more. One common approach is tabletop scanning, in which the object is slowly turned while a camera rig captures images from different angles. These images are then processed subsequently to generate a 3D model.

While cameras are easy to access, the turntable part is a bit more challenging. It’s easy to rotate a part manually, but given that proper photogrammetry requires a heck of a lot of images for quality 3D models, that’s likely too much work. As well, a manual rotation would be optimal if turned precisely the same number of degrees in each image.

Because of these issues, tabletop devices have been developed to slowly rotate the object in front of a fixed camera. These systems, combined with appropriate lighting, can capture extremely fine details on even smaller objects, something not usually possible with laser or structured light strategies.

Advanced turntables can periodically trigger image capture at just the right moments. This leads to an automated scenario where the object is placed on the scanning table and the process occurs without human intervention until completed. Then you have a pile of photogrammetry software-ready images to process.

It’s possible to purchase tabletop rotational devices specifically designed for photogrammetry, but why buy when you can build one yourself?

The OpenScan project has developed a DIY 3D Scanner, which they describe as:

”A low-budget and high quality DIY 3d scanning device, that is fully open-source and modular.”

“Based on Photogrammetry, the 3d Scanner is compatible with various cameras, so that simple smartphones or DSLR can be used. In order to create a 3d model, the device captures pictures from various views and using Freeware, it is possible to create a highly accurate 3D model with or without texture.”

The DIY 3D Scanner is capable of handling both DSLR and smartphone cameras through its adaptable mount.

The DIY 3D Scanner is composed of a motor to rotate the scanning platform, an Arduino-based PCB to control the movements, and a number of 3D printed parts to make up the structure of the device.

On OpenScan’s site there is the possibility of a Raspberry Pi-based option, so that one could use an inexpensive Pi computer instead of the standard Arduino PCB. This would be useful for those who happen to have a spare Pi lying around. This option also allows use of the standard Raspberry Pi camera system, too.

OpenScan offers a variety of purchase options that should meet anyone’s needs, ranging from a bare PCB to a full set of electronics. The 3D printable parts are downloadable at no charge from Thingiverse.

If you’re interested in an inexpensive yet capable 3D scanning platform and are able to build one, you may want to look at OpenScan’s option.

Kerry Stevenson, aka "General Fabb" has written over 8,000 stories on 3D printing at Fabbaloo since he launched the venture in 2007, with an intention to promote and grow the incredible technology of 3D printing across the world. So far, it seems to be working!
All Posts »
PrevPreviousA $59 3D Printer?
NextA Predictive Way To 3D Print Martensitic SteelNext