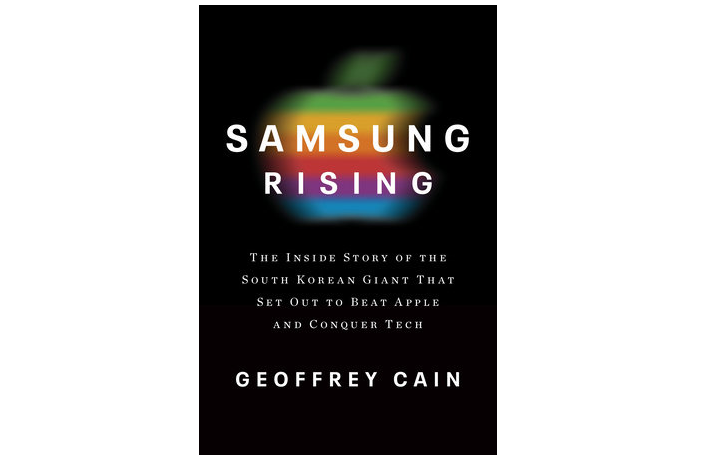 During our stay-at-home confinement, I thoroughly enjoyed reading Geoffrey Cain’ s new non-fiction book and page-turner, Samsung Rising. The front cover describes the story as, “The Inside Story of the South Korean Giant That Set Out to Beat Apple and Conquer Tech.”

This is like no other business book because frankly there is no other company like Samsung. Samsung has the sixth-highest global brand value since 2017. During 2019, Samsung’s worldwide revenue amounted to $230.40 billion. In 2015, Samsung had been granted more U.S. patents than any other company – including IBM, Google, Sony, Microsoft, and Apple. That year alone the company received 7,679 utility patents. Samsung employed 320,671 people in 2017.

Cain can provide valuable insights into Samsung’s unique dominance of its South Korean environment. Not only did he reside in Korea for five years, but he also has an extensive academic background in Asian studies, which led to a specialized career in Asian-based reporting for The Economist, Time, and The Wall Street Journal.

The Lee family has ruled Samsung for three generations, similar to the dynastic rule of Kim Jong-Un’s family in North Korea, a comparison Cain himself makes. The Lee family’s influence over the South Korean government has led to bribery, corruption, and even periods of imprisonment for generations of the Lee family.

I have been interested in discerning Samsung’s involvement with 3D printing because South Korea as a nation is a world leader in 3D printing investment. Since Samsung dominates Korean business and government policy, one can logically presume that the use of 3D printing by Samsung is extensive, although it is seldom discussed.

Samsung is making large investments in biotechnology through its rapidly growing Samsung BioLogics subsidiary. The $22 billion investment has asserted Samsung’s mission to “continue to invest heavily in the business, including developing and manufacturing biosimilars to combat chronic and difficult-to-cure diseases.” This is according to a statement put out by Samsung.

Cain mentions that Samsung BioLogistics is an opportunity investment for Samsung in the future, but finished his book before these recent investments. Samsung BioLogics has made mention of 3D bioprinting while characteristically not providing any details. Since bioprinting is such an important fledgling growth sector for the overall 3D printing industry, I would recommend that the industry follows Samsung’s patent registrations in this area.

R&D tax credits are available for biotech investments in the U.S. and other countries.

On December 18, 2015, President Obama signed the PATH Act, making the R&D Tax Credit permanent. Beginning in 2016, the R&D credit has been used to offset Alternative Minimum Tax for companies with revenue below $50MM, and startup businesses can obtain up to $250,000 per year in cash rebates applied directly toward payroll taxes.

Geoffrey Cain has done a great job pulling back the curtain so we can begin to understand this household name, but here-to-fore unknown tech colossus. Now that we have our first peek “behind the curtain” of this tech giant, perhaps other business investigative reporters will be encouraged to continue Cain’s pioneering work.

Charles Goulding is the Founder and President of R&D Tax Savers, a New York-based firm dedicated to providing clients with quality R&D tax credits available to them. 3D printing carries business implications for companies working in the industry, for which R&D tax credits may be applicable.
All Posts »
PrevPreviousAll About Polygonica’s Mesh Handling Toolkit
NextShiruba Prototypes Aquarium Filters With SLS 3D PrintingNext