Speculations On 3D Printing In 2030

It’s the start of a new year, and time for predictions. But this time I’m going for broke and predicting not what might happen in 2021, but instead in 2030!

In a way, this is an easier job of prediction for several reasons. It’s a date so far away that few will recall these predictions even happened. The range of possibilities is so wide that all manner of things could happen. A decade is so long I’m staying rather vague and less specific. Finally, I have no idea if we’ll even be here in ten years!

Today “3D printing” is a huge and diverse space with many application forms ranging from children’s use to industrial manufacturing. We treat this as a single space, but I suspect that over time we will split into two zones.

The other space will be the remaining standalone machines similar to what we see today: desktop and professional use, for one-off custom production, or prototyping. They’ll be more powerful, faster and able to use more materials, but we’ll probably call this zone “3D printing”.

In 2014 entrepreneurs proposed a “3D printer in every room of your home”, but that didn’t happen and in retrospect was downright silly. Could this actually happen? Would we see consumer-style 3D printing devices in homes by 2030?

I think there’s only one way that could happen, and that would be a massive breakthrough in the ability to easily create 3D models, to the point where it would be as easy as someone could type a letter and print on a 2D paper printer.

That’s likely not happening anytime soon, as much as we’d all like it. There’s also the IP barrier: desirable objects to print will continue to be held in jail by design owners and thus unavailable to 3D print at home.

This doesn’t mean consumers won’t use 3D printers. Instead of 3D printers being located at homes, I suspect they will be more extensively used at retailers and distribution centers. These would be places that could afford to keep a powerful 3D printer running to produce items for clients.

Following the 2020 pandemic, people are now used to the idea of ordering something and picking it up later. This paradigm fits in very well with the notion of having objects 3D printed in a couple of hours before pickup.

Imagine a large hardware store that wants to save money on space and improve productivity. They might install one or several advanced 3D printers capable of producing end-user quality parts, and keep them running with customer orders all day long. They’d overcome the IP issue by licensing the part designs being printed, something individual consumers could not easily do.

Construction 3D printers of today are really glorified concrete extruders capable of building only foundations and walls. The remainder of the project is still done by all the regular trades, while the concrete portion is somewhat more efficient.

I suspect that as years roll by construction 3D printers will gradually gain capabilities. Instead of just extruding concrete, they may add robotics to, say, insert window frames. Better yet, cut them to size onsite and then insert them.

Over time these additional robotics will gradually eat into the traditional tradecraft and slowly make the build more automated. But will we see an actual, full-fledged, instantly-inhabitable house 3D printed in 24 hours by 2030?

There’s long been the notion of 3D printing replacement human organs for transplant, and plenty of research continues along those lines. But will it reach fruition by 2030?

I suspect progress will be made, but biology is astoundingly complex, and I’m afraid more time will be required to get to those lofty goals.

That said, there will be a slowly increasing list of possible bioprinting applications beyond today’s mostly experimental uses. We will see very specific applications appear, one by one.

Over the past ten years there has been a clear trend: more types of materials made available for 3D printing. Indeed, with the introduction of several big chemical players to the industry during the past ten years, we’ve seen many unique engineering materials become commonly used.

That trend will continue if for no other reason than the chemical giants have literally thousands of material “recipes” in their vast catalogs. While many are not necessarily suitable for 3D printing, hundreds will. Expect to see them appear on the market and generate even more 3D printing activity by those requiring them.

With the increased activity by the big players, it’s likely the smaller players will have an increasingly more difficult effort to compete. The chemical companies involved are massive, and their financial powers will outstrip all smaller players. By 2030, I would not be surprised to see all 3D print materials supplied by Big Chem.

It’s hard to predict what might befall today’s players, but some trends are evident even today.

Stratasys will likely become far less visible. Not because they are unsuccessful, but because they will be deeply focused on integrated manufacturing to the point where they work with no one but large manufacturers.

The fate of 3D Systems, one of the originals and still among the larger entities today is unknown over the next ten years. After years and years of financial underperformance, it’s a question whether they can finally recover and grow. We may not see them on the scene in 2030.

This is of course, impossible to say. However, it’s very likely one or more of the biggest players could be using volumetric 3D printing, the biggest advance in the field for the past 20 years. The speed advantage of that technology is so tremendous that it will put extreme pressure on any player using standard SLA or stereolithography approaches, including 3D Systems. One of those companies could be xolo, currently leading in development of volumetric equipment.

There will still be FFF 3D printers in 2030, and they will be far more reliable and able to use more materials. However, with the leapfrogging that continues to take place, it is impossible to say who will be winning in 2030. It is likely, however, that the market will drastically shrink to far fewer players as the technology matures and stabilizes. I could see some of the larger players, such as Prusa Research and Creality in that zone in 2030.

I asked our Managing Editor, Sarah Goehrke, what her thoughts on 2030 might be. She said:

[Managing Editor’s note: I was being facetious. I hope.] 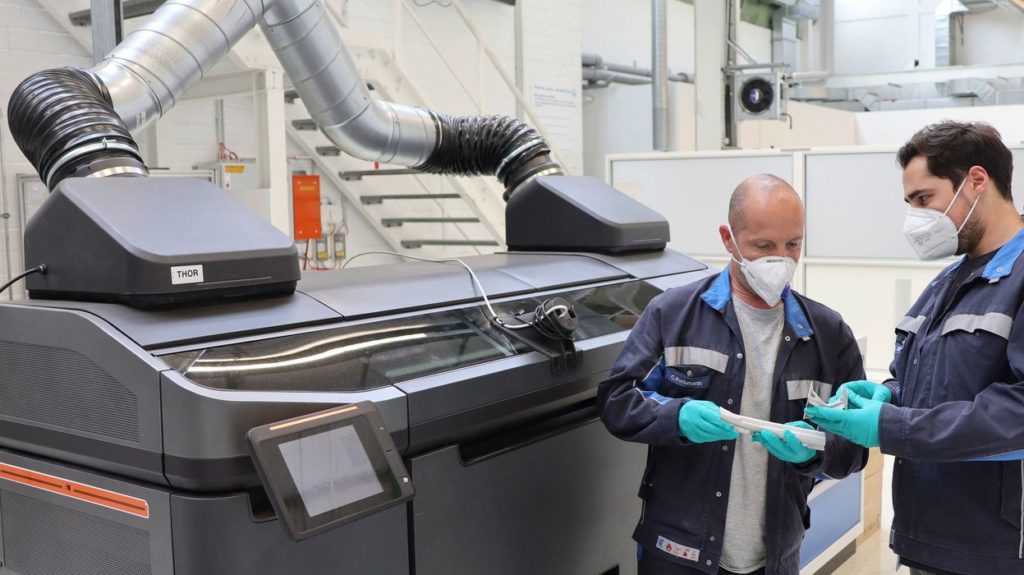 Volkswagen announced a collaboration with Siemens and HP to enable production of complex 3D printed parts for future vehicles. 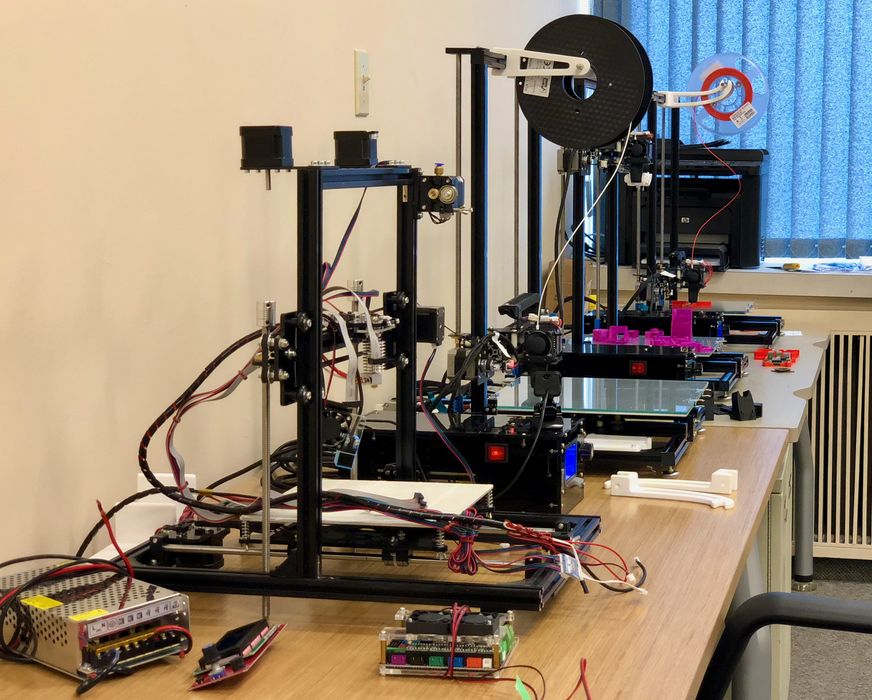 Do you have complementary 3D printers? Don’t know what that is? Read on!

Charles R. Goulding examines how Whirlpool’s use of 3D printing for parts on demand might expand across appliance suppliers.