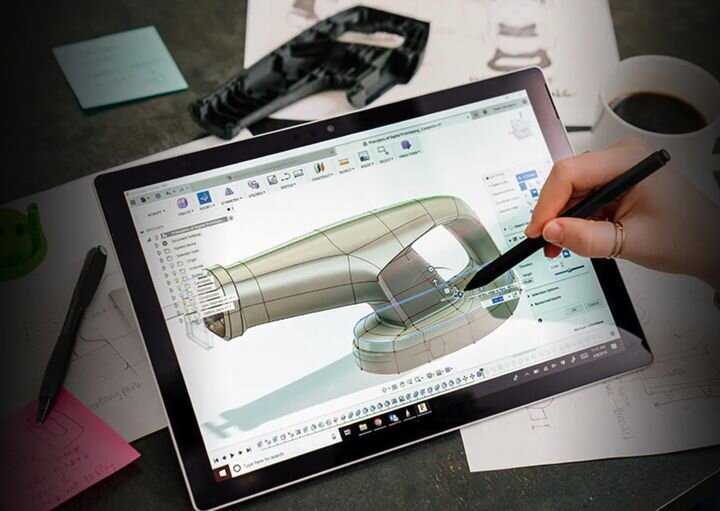 Autodesk Fusion 360 is free for a short while [Source: Autodesk]

Did you know Autodesk is providing free access to Fusion 360 due to the crisis?

Recently they introduced the ability to slice 3D models for 3D printing in Fusion 360, although I felt it was a bit rough. That’s understandable, as it was their first attempt at the function.

The accumulation of these features is one of the reasons Autodesk named the product “Fusion” 360, as it attempts to join together all necessary design tools.

Fusion 360 is relatively easy to learn compared to some other professional CAD tools. Autodesk provides a near-avalanche of short videos through which anyone can gradually learn the tool at one’s own pace. Their discussion forums frequently contain the answer you’re looking for, and experts often post short video answers showing exactly how to perform the unknown task in Fusion 360.

Normally Autodesk Fusion 360 is a paid option, where you subscribe to the service. Payment levels vary depending on what you’re doing, where you are and for how long you wish to subscribe. Fusion 360 is definitely not a free tool, but it also provides an extraordinarily powerful environment for professional use.

“We understand the stress and challenges the recent changes to our world can have on you and your business. We are here to help.

As well, the program description quickly points you to a series of learning videos and the ability to speak directly to team members for assistance.

Is this a worthwhile step to take? I have several thoughts.

First, using a powerful CAD tool for only a month is a bit tricky, as it can take quite a while to learn a complex tool. Would one learn enough in a week or two to make good use of Fusion 360 for the remainder of the 30 days? I’m thinking that is a questionable proposition.

Thus it could be that you’re really simply getting the first month free for a permanent Fusion 360 subscription, but hey, that’s something.

Another scenario might be more profitable, where a company is quickly reworking something in their operations to react to the crisis. They’ve pulled in a group of designers, perhaps on a temporary contract basis, to do the necessary redesigns. This could be a great way to quickly equip them with powerful CAD tools to get the job done at no cost, at least for a month.

Finally, there is the possibility of a group working rapidly to develop new tools or products specifically for COVID-19 mitigation. This offer could quickly deploy advanced design tools to a larger group.

It’s not a bad offer from Autodesk, and one anyone can take advantage of, especially if you were contemplating getting into Autodesk Fusion 360.

Via Autodesk (Hat tip to Jamie)