An Introduction to Industry 4.0 and Its Associated Technologies

Industry 4.0 is almost the opposite of the centralized master computers and networked assembly lines of Industry 3.0. It is the distribution of intelligent information processors and a network of sensors that work together as an aggregate whole to maximize production. Your chip placement machine and the motor driving fans for the injection molding equipment all report their status to the various manufacturing controllers. Every device of importance is connected to this Internet of Things. All of this data is fed up to interested parties from logistical planners to maintenance personnel.

The Internet of Things or IoT isn’t limited to the factory floor. It is arriving in our homes. Smart homes allow you to control your lights, security system, and major appliances through the same networking technology. And it can consolidate control into a single device or interface for the average user. You could turn off your bedroom lights with a voice command to Alexa. You could check the images from your security camera via your smart phone app whether in bed or at a restaurant across town.

The same data is being fed to other parties, as well. One of the biggest proponents of the IoT are utility companies and government agencies. They want to better monitor energy demand in real time so that they don’t waste power by producing what isn’t needed. And they want to be able to control demand when it starts to exceed supply. This is where utilities can see what energy hogs are running in people’s homes and tell them to turn off the pool pumps and big screen TVs so that everyone else’s air conditioners continue to run. In a worst case scenario, they turn off your lights and refrigerator but keep Grandma’s oxygen concentrator and your disabled neighbor’s elevator running.

The massive amount of data collected by all of these devices is mined by “Big Data Analytics”. Manufacturers learn what changes in equipment behavior occur before a major breakdown, and they shift to pro-active maintenance before catastrophic failures. Businesses track the behavior of individual users and can better market to them based detailed analysis of aggregate user behavior, and it warns them when someone’s behavior is similar to that of hackers or a potential fraud case.

The algorithms that allow people to mine masses of data for information they can use lead to artificial intelligences “learning” the same way. When sensor data feeds into these advanced intelligences, you get more autonomous robots. The Internet of Things connects self-driving vehicles and autonomous appliances like robot vacuums and pool cleaners. The mobile robots and vehicles communicate with users, sensor networks and central authorities.

How Is 3D Printing Related to Industry 4.0? 3D printing or additive manufacturing is part and parcel with Industry 4.0. 3D printing is made possible by the rise of smarter controllers. The widespread adoption of 3D printing was only possible when we had advanced AI behind the modeling software that can turn a basic 3D model into assembly instructions for the 3D printer. The mass production of 3D printers for hobbyists brought the cost of 3D printing down.

The increasing integration of manufacturing equipment via the IoT connects 3D printers to the rest of the assembly line, allowing 3D printed parts to come off the printer and be carried via advanced material handling robots to the next machine in the manufacturing process. 3D printing enables companies to offer customized products that their smart systems can create based on existing baseline models, and their AIs can send orders from the website or app to the production line as part of the production schedule.

We’re still working on engineers and general consumers being able to create designs in virtual reality, and if they like it, sending it to a 3D printer for manufacture. Simulations do allow designers to test their designs thoroughly before manufacturing them, while VR is used to let people examine complex 3D models before they are made. What’s even more exciting than 3D technology alone? The emerging relationship between 3D printing and the Internet of Things. Feb 11, 2019
An Introduction to Industry 4.0 and Its Associated Technologies

What is Industry 4.0 and how is 3D printing involved? An introduction. Oct 10, 2018
3D Printing as a Sea Change Technology: A Conversation with DNV GL

DNV GL is working to entrench the technologies of Industry 4.0 to the maritime and oil & gas sectors. 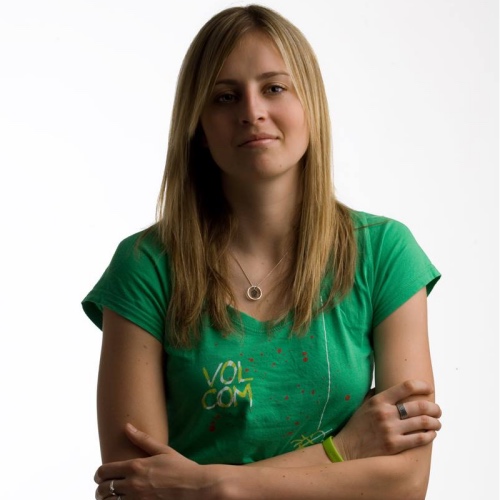 Anna Kucirkova works as a copywriter for over 4 years. She speaks 3 languages, loves traveling and has a passion for kids and writing. While she has been to many places in Europe and South East Asia, she still wants to explore the rest of the world.
All Posts »