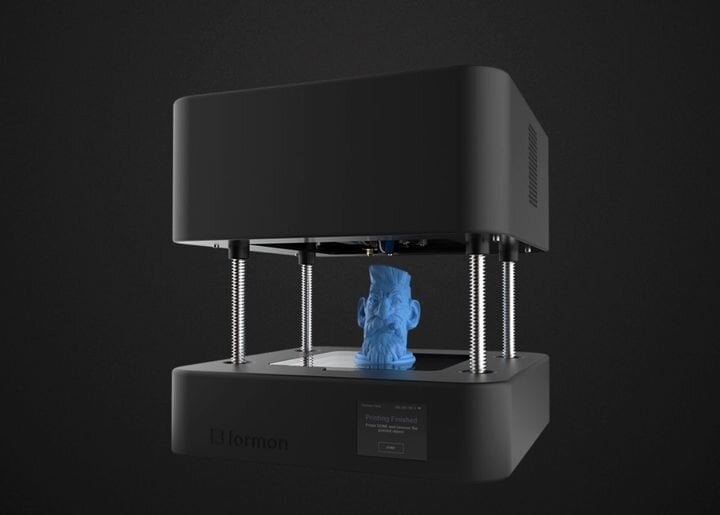 I thought I’d seen everything as far as 3D printer design is concerned, but I was wrong.

A Kosovo-based 3D printer manufacturer, Formon, has produced a very unusual mechanical design I have never seen previously, and you likely haven’t either.

Their product is the Formon Core, a desktop 3D printer. While the specifications for the device may seem pretty standard, there is something quite different about this unusual machine.

Regarding the machine’s design, Formon says:

“A real plug-and-play 3D printer that makes for a magical 3D printing experience. Formon Core reveals the printed objects by opening upwards while printing the object layer by layer.”

Here’s a view of the Formon Core in closed mode when it’s not 3D printing: 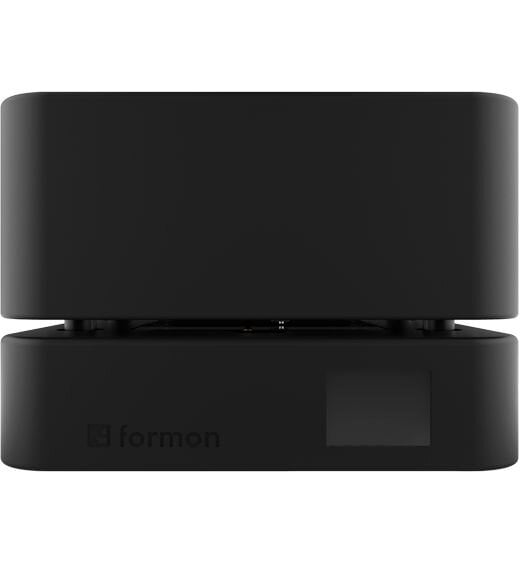 And this is a view when it is active: 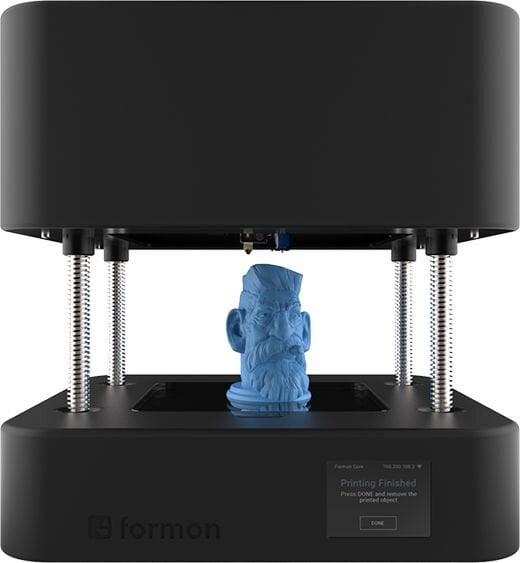 This is really unusual, and is best seen using a time lapse video of the device’s movement during 3D printing:

This design makes for a very attractive desktop device that does not visibly expose machine elements unless it’s in operation. Thus this device could be appropriate in homes — and not just in the workshop. The machine would not look out of place beside any consumer electronics devices.

While the Formon Core looks very cool during and in-between prints, I do have one issue: very often one wants to inspect the current print job to ensure it’s proceeding correctly. Usually this is a straightforward matter of looking at the hot end as it extrudes, and checking the first layer to see if it’s properly holding down.

That is made a bit more complex by the Formon Core design, which would naturally obscure most of the activity until the print is well underway. However, if the machine has reliable printing — and it does include automatic calibration — then this effect could be minimized.

For completeness, these are the key specs for the Formon Core:

The Formon comes with a custom-made software system called “Formon Scope”, with which you can easily prepare print jobs for the Formon Core on Windows or Mac OS. It’s also possible to transmit print jobs over WiFi to the Formon Core, negating the need for direct contact. This is a feature that would work well with a non-standard placement of the machine within a home.

Who is the Formon Core for? I suspect it may be underpowered for most DIY 3D printing enthusiasts, but it might be quite appropriate for those requiring a functional 3D printer located in a visible location where passers-by would be amazed at it’s unusual motion system.

Kerry Stevenson, aka "General Fabb" has written over 8,000 stories on 3D printing at Fabbaloo since he launched the venture in 2007, with an intention to promote and grow the incredible technology of 3D printing across the world. So far, it seems to be working!
All Posts »
PrevPreviousFree 3D Printable “Maker Mask” Receives Federal Approval
NextAn Unusual Method To Capture Global Scenes In 3DNext