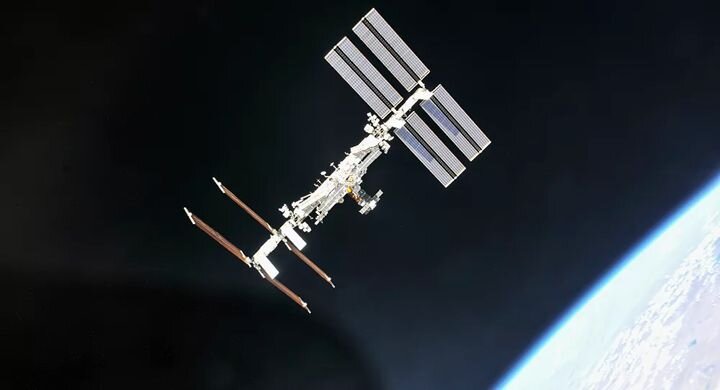 Russian authorities have revealed a new experiment taking place on board the International Space Station (ISS).

Cosmonauts aboard the station are using a Russian-made bioprinter to produce a series of different biological tissues. Previously the device was used to produce cartilage, bone and muscle tissues successfully while in orbit above the Earth.

Now the experiment is to produce bone tissue for rats. The idea is to take the printed samples back down to the ground and then implant them in a living rat to observe the effects of 3D printing this type of body part while in a microgravity environment.

Why Bioprint In Space?

You might wonder why this kind of experiment would take place, and I think it’s because the microgravity environment allows for differences in the 3D printing and subsequently growth stage.

Typically bioprinting involves depositing live cells on a “scaffold”, which is usually a dissolvable solid structure. As the cells multiply they gradually take the form of the scaffold, which disappears on its own.

On the ground, the multiplication stage is governed by gravity, whereas in orbit there is no gravity. The cells could multiply in any dimension without gravitational restraint. It’s quite possible they may develop into different forms of microstructure that haven’t previously been seen.

I imagine the bioprinted rat bone will be examined microscopically when the samples are delivered to the ground. This would determine whether there is a difference in the microstructures.

The implantation would be the final step, where the tissue would be evaluated in a number of different ways. Strength, obviously, would be one of the factors under evaluation. But biocompatibility would be another. Would a different microstructure be compatible with a living rat? We’ll find out once the experiment is complete.

If there are notable findings, it could lead to a future industry where bone tissue is bioprinted in microgravity for use in ground-based patients. But there’s quite a bit of road to travel through to get to that stage.

Meanwhile, one wonders about the cosmonauts involved in the experiment. In orbit they don’t see the significant work taking place on the ground, and are in this case only the “3D printer operator”. They will toss the materials into the device and hit start. They’ll carefully pack up the prints and load them on a ferry ship back to Earth, and won’t know the results of the experiment until we do.

I think they have many other things to keep them busy.

Kerry Stevenson, aka "General Fabb" has been writing Fabbaloo posts since he launched the venture in 2007, with an intention to promote and grow the incredible technology of 3D printing across the world. So far, it seems to be working!
All Posts »
PrevPreviousRapid-Fire Wrapup: The 3D Printing Community Is Thriving
Next3D Printing A Bacterial Cellulose Hydrogel MatrixNext