Ashley Alleyne: “Don’t Let Anyone Ever Tell You That You Can’t Do Something”

Ashley Alleyne is a 3D Printing Design Entrepreneur in Residence.

She is in charge of planning and post-processing 3D prints daily, maintaining the 3D printing labs, and validating files for 3D printing at Tapestry – the parent company of Coach, Kate Spade, and Stuart Weitzman. She is our Women in 3D Printing Guest #281!

Mara Hitner: Ashley, could you let us know briefly about your background and your journey into Additive Manufacturing?

Ashely Alleyne: I completely got into 3D printing by accident. I originally went to school for fashion photography and I’ve been doing photography since I was twelve years old.

I’ve been published in over 15 magazines including Vogue Italia and I’ve also photographed some awesome people over the years including celebrities from MTV.

In my senior year of college, I decided to take a 3D printing class just so I could fulfill the number of credits I needed to graduate.

The 3D printing class was a part of a three-class program where you get to work for a law firm 3D printing patents after completing the program. The first class was based on innovation and then you learn the basics of FDM 3D printing.

At the end of the class, I started 3D printing and designing my own things, and the first thing I ever 3D printed, designed, and 3D modeled was a full-size 3D printed guitar. And I was like oh my god this is crazy I can literally 3D print anything I want!

It amazed me that I could have an idea in my head and it can become an actual 3D object in the physical world. My professors saw that I was working on the guitar and made me a 3D printing lab tech right away.

At first, I didn’t want to be a lab tech because at the time I just wanted to graduate and I wasn’t really keen on pursuing 3D printing at the moment. But my professor told me I’m at the lab all the time and I always use their materials so now it was time for me to give back. And I was like fair enough, I really was there all the time- sometimes I even slept there!

In the next semester which was my last semester of college, I took the second 3D printing class and I was also a 3D printing lab tech.

In the second class, I learned about SLA 3D printing, which is where I learned how to use the Formlabs 3D printers. I fell in love with the Formlabs printers right away and at that point, I was hooked! 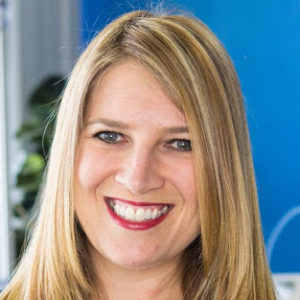 Mara Hitner is the Vice President of Strategic Partnerships at MatterHackers, one of the world's largest 3D print resellers. She's also involved with Women in 3D Printing and is in fact an actual rockstar, being lead vocalist in Hit Me 90s, as "Britney "Left Eye" Aguilera".
All Posts »

An announcement from GE Renewable energy describes a partnership with voxeljet and Fraunhofer IGCV to efficiently produce wind turbines.