Recreus is a Spanish company producing specialized 3D printer filaments, most notably their Filaflex line. Unlike most other flexible 3D printer filament options, Recreus offers Filaflex in a number of set Shore hardness levels, including 82A, 95A, 60A, and 70A, in a wide variety of colors.

Now they’ve introduced a new line of flexible filament they call “Reciflex”, made from “100% recycled sources”.

This is the first time I’ve heard of recycled flexible 3D printer material. Most recycled filament is either PET or PETG material, simply because it is a common material that is easily separated from other plastics: you just pick up the empty Pepsi bottles and chop them up.

I’ve also seen recycled PLA, but this is a rare thing because finding PLA scraps in general waste is not typical. In other words, there aren’t a lot of easily accessible sources of large quantities of PLA.

But somehow Recreus has identified recycled sources for their new Reciflex material. They explain:

“With the aim to bet for a circular economy and attending to the demands of our clients, from Recreus expand our product portfolio with new materials. In this case with the launching of a new 100% recycled material, concretely, a flexible TPU filament 100% recycled for 3D printing, named ‘Reciflex’. Reciflex is 100% recycled materials consisting of waste from the footwear industry and from Recreus’ own internal production processes. The material is carefully selected and magnetically screened for production in order to prevent metallic residue, thereby guaranteeing it performs correctly during printing. Despite being made from recycled materials, it boasts excellent mechanical properties and good resistance to solvents, with an exceptional standard of quality.”

Aha, their source is likely cut-off materials from a shoe factory. This material would no doubt be sent to landfill if not used by Recreus, so this is a good thing.

Curiously, Reciflex comes only in black, which is strange because Recreus offers all of their other products in a wide variety of colors. It turns out there is a good reason for this:

“Reciflex is only available in black, as the black pigment is added once all the recycled colours have been mixed in order to homogenise the product and obtain a definitive solid, shiny black colour.”

This makes a great deal of sense; recycled material is almost never guaranteed to be the same color, and that’s one of the biggest barriers to recycling 3D printer materials in general.

However, it appears in this case that the parter shoe factory will order huge batches of custom colored flexible materials from a chemical supplier, and Recreus is taking the leftover scraps, which could be of any color. The solution is clear — or rather, black: black shading overcomes any residual coloration.

Unlike Filaflex, Recreus does not label Reciflex with a Shore hardness rating. However, they say that it is in fact a variable rating:

“Its hardness ranges between 96A and 98A SHORE ‘A’ due to the variations attributable to its origin as a recycled material, almost imperceptible in the printed items.”

Again, we see the effects of using recycled scraps, which could be of varying properties. However, in this case Recreus has again figured out a solution: it’s mixed together into a small range of possible hardness levels. They’re quite correct: variations at that level will indeed be unnoticed by users.

They also say Reciflex is excellent for applications requiring resistance to solvents. However, they don’t say anything specific about UV resistance. I suspect Reciflex does offer some UV resistance, however, as it would have otherwise been used in footwear.

Recreus offers Reciflex for purchase now in a variety of sizes, in both 1.75 and 2.85 mm formats:

Kerry Stevenson, aka "General Fabb" has written over 8,000 stories on 3D printing at Fabbaloo since he launched the venture in 2007, with an intention to promote and grow the incredible technology of 3D printing across the world. So far, it seems to be working!
All Posts »
PrevPreviousMetal 3D Printing Powders Consolidation: ALTANA Completes TLS Acquisition
NextPentagon Robot Technology LeapfroggingNext

Could the piqued interest in additive manufacturing persist after the pandemic? Some signs say “Yes”!

I’ve been using several different resin 3D printers lately and have some tips for you.

Farsoon’s metal 3D printers have been used to produce an officially approved medical implant in China.

Charles R. Goulding and Peter Favata consider where 3D printing may fit into the latest plan for USPS trucks.

When it comes to surgical models, the idea is to pick the right 3D printer for the job. 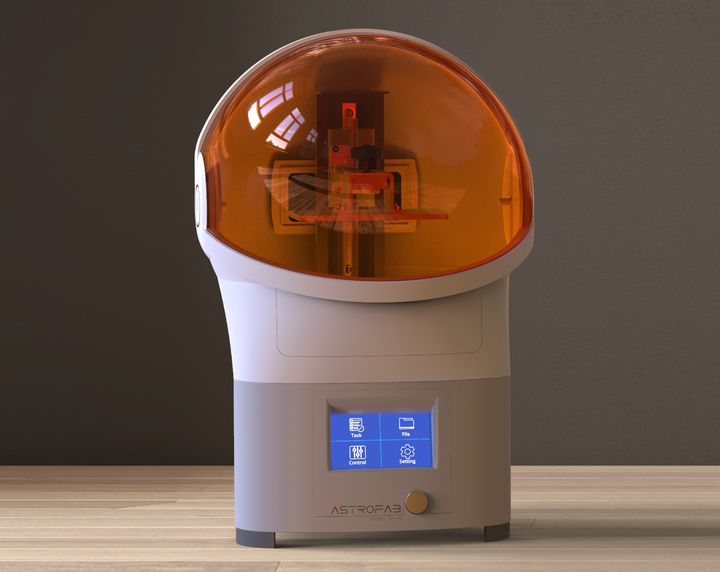 A new 3D printer is apparently coming soon, and it seems to be targeting a different set of users.