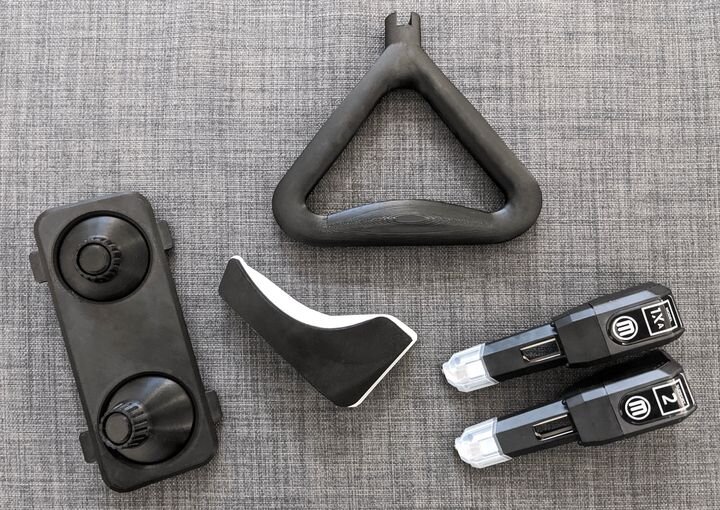 MakerBot announced the availability of two new materials for their METHOD X platform.

The new materials are both forms of PC-ABS. One is simply PC-ABS, while the other is a fire-resistant version of PC-ABS.

You’ll note that all of these materials, with the exception of PLA, could be considered engineering materials. That’s one of the reasons why the METHOD series is a professional device and not in any way targeted at consumers or hobbyists, as most of MakerBot’s early devices were.

PC-ABS is a peculiar mix of normal ABS and polycarbonate materials. This mix then offers some of the properties of both original materials. For example, it has great impact resistance and heat resistance of up to 150C inherited from the polycarbonate, while it also retains some of the flexibility provided by ABS. It’s a very common material used in manufacturing in various industries.

The “FR” version of the material is fire resistant. This means that it has achieved an official certification of resistance to fire, in this case UL-94 V0. According to Wikipedia that means:

“V-0: burning stops within 10 seconds on a vertical specimen; drips of particles allowed as long as they are not inflamed.”

This material could be of great use for development and even end-use of parts in certain environments where fire resistance is officially required.

As for the printing of these new materials, I have to say that Polycarbonate is a rather tricky material to 3D print for a couple of reasons. One is that it is quite hygroscopic and thus must be carefully stored in dry conditions until printing commences. Secondly, polycarbonate (and to a lesser but still significant degree, ABS) can warp during printing. This is partly due to the need to 3D print PC at relatively high temperatures, leading to a strong temperature gradient.

One of the reasons MakerBot can offer these materials, and indeed many of their other engineering materials, is that their METHOD X 3D printer is specifically engineered for them. It includes NO heated build surface, which might surprise you as PC-ABS and similar materials require significant heat. Instead, the METHOD X includes a heated chamber that envelopes the entire print in an optimum temperature.

This is vastly superior to a heated plate, where only the bottom of the print receives the extra heat. In the METHOD X design, the print occurs at the same temperature for the entire job. Only when the job completes does the print cool down uniformly in all axes. Thus the possibility of warped prints is extremely low in the METHOD X series. The heat also helps with the hygroscopic challenges.

This may be why few other 3D printer companies offer PC-ABS materials: it’s difficult to 3D print. Stratasys has offered it for some time on their Fortus series, but those machines also sport high heat chambers.

I’ve seen ABS 3D prints made on the METHOD X, and they are of exceptional quality due to the complex thermal controls in the device. I expect PC-ABS 3D prints to be the same.