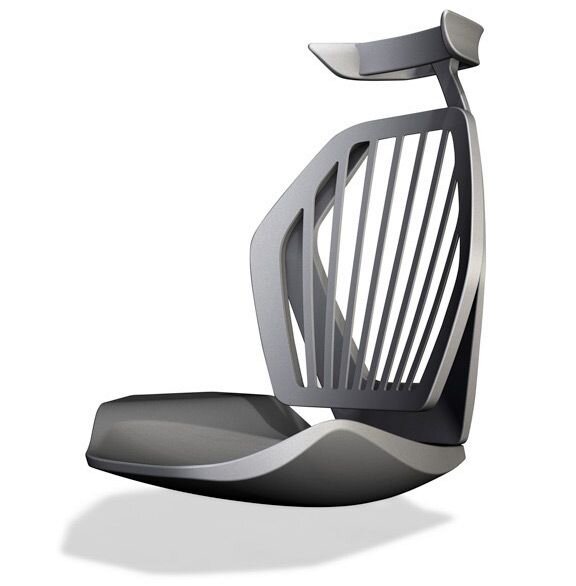 I spoke with Tuan Tranpham of AREVO to find out what’s behind — and ahead for — their advanced 3D printing manufacturing system.

Tranpham is a good friend of this publication and has been in the 3D print space for many years, working for essentially all the major companies. In fact, Tranpham informs us that AREVO, which he joined only a few weeks ago, is his seventh 3D print company!

AREVO operates as a kind of contract manufacturing partner, operating as with a Manufacturing As A Service (MaaS) model. While there are many contract manufacturers in the world, few, if any, combine the number of advanced manufacturing techniques as does AREVO. Their combination of 3D printing, composites, robotics, simulation and topology optimization is pretty unique — and quite powerful.

Tranpham explained the strategy behind AREVO, which focuses on composites 3D printing. Today the 3D printing industry is largely dominated by two material types: plastics and metals. In particular, metal has been the big growth factor lately, as several key industries have recognized the benefits of 3D printing.

But Tranpham believes there is a new space that could operate between the two worlds of plastic and metal: composites. While this space might never be as large as the other two, it is substantial enough to warrant significant investment, and could address manufacturing problems in unique ways.

AREVO wishes to address this by “throwing the science book” at the problem. To do so they’ve collected a powerful group with plenty of capabilities. Their 37-staff operation, for example, includes 13 PhDs, and they’ve received 23 patents — with another 100 or so being processed.

Tranpham believes one of the key barriers to 3D printing growth has been the lack of sufficiently sophisticated software. This, he believes, is being addressed at AREVO, who are using, integrating and developing this level of software for their systems. He says:

“Few hardware manufacturers have all this together.”

The idea is to accept a design from a client and then make it better:

“What you print is not what you design; it’s better!”

AREVO’s process is to shake down a potential design to optimize it in different ways, not the least of which is to ensure it can be manufactured repeatedly. To do this, AREVO leverages their sophisticated software tools.

But it’s not just software that AREVO has in its toolkit: they also build a 3D printer, known as the “Aqua”. So far AREVO has sold two of these devices to companies in Japan, and there is more to come.

This is a robotic deposition machine that is capable of 3D printing in thermoplastics and composites, and this is where it gets really interesting. Unlike most 3D printers that must build objects in a layer-by-layer fashion, the robotic capability here means there is the possibility of building an object in three dimensions. In a way, this is like a 3D 3D printer, whereas most 3D printers are in fact 2D 3D printers, if you know what I mean. AREVO calls this “Free Motion Printing”.

When you combine this capability with powerful software you get an interesting outcome: anisotropic design.

Hold on, aren’t we all looking for isotropic design, where prints are equally strong in all directions?

Isotropy is considered a valuable property in 3D printing today only because most 3D prints are WEAK DUE TO LAYERED PRINTING! Isotropic prints, when you can get them from a few select 3D printers, are merely “normal” strength in all directions.

AREVO is going a step beyond this basic concept by focusing on anisotropic 3D printing: make a normal isotropic part stronger in certain directions that make sense for the application. They’re not overcoming a weakness in a technology, they are striving for parts that are truly as strong as they need to be in the required directions.

This means that with their machine and software they are able to design and build incredibly lightweight parts that are also surprisingly strong. Tranpham explained that, for example, you could get a part that is five times as strong as titanium, but only one-third the weight.

One challenge to overcome, however, is the design process: many automatically design using isotropic principles, but need to switch their thinking to anisotropic for this to work.

He also feels, and I agree, that there could be a strong demand for this type of part in the near future as personal air vehicles start to emerge. Already we’ve seen both Uber and Airbus (the latter of which has invested in AREVO) attempting to develop “air taxis”, and there will be many more to come. Lightweight and strong parts would be a natural requirement for these projects.

However, it’s still very early days into the composite manufacturing world. Nevertheless, Tranpham predicts strong growth in the short term, and he feels that it will add to the entire space of 3D printing.

Kerry Stevenson, aka "General Fabb" has written over 8,000 stories on 3D printing at Fabbaloo since he launched the venture in 2007, with an intention to promote and grow the incredible technology of 3D printing across the world. So far, it seems to be working!
All Posts »
PrevPreviousCreality’s New CR-6 SE 3D Printer Sports Several Unusual Features
Next5 Industries That Benefit From Ceramics 3D PrintingNext