Our look at the Creality Ender-3 S1 desktop 3D printer ends with a look at software and final thoughts.

This is part three of a three part series. Please read parts one and two.

Software for the Ender-3 S1 provided by Creality is the Creality Slicer. The version provided with my machine was 4.8.2.

My issue was that this software was provided ONLY for Windows, and I’m normally running on a Mac. In order to use this software I had to go to Creality’s online Download Center where I found the same software for not only Mac OS, but also for Linux. I’m not sure why Creality did not include these on the SD card, but they are easily available elsewhere. Also, online versions are typically more up to date than those physically supplied.

Unfortunately, I could not get Creality Slicer working on Mac OS at all. I received an error message in the console log mentioning a reference to a non-existent process.

But the truth is that Creality Slicer is simply a slightly modified version of the open source Ultimaker Cura tool, so it’s just as easy to use that, and that’s exactly what I did: I added the printer’s configuration info to my Ultimaker Cura instance, and was able to slice 3D models for printing on the Ender-3 S1 easily. Also, this approach allowed me to use more up-to-date versions of Ultimaker Cura, such as version 5.0, which has some incredibly useful features.

In a separate story, I used the Ender-3 S1 to test some of the features of Ultimaker Cura 5.0 and found they made the Ender-3 S1 far more powerful than it would normally be. For example, I was able to print this 6mm #3DBenchy on the machine easily — and quickly. It’s not perfect, but it is certainly the smallest #3DBenchy I’ve ever produced.

Similarly, I was also able to use SuperSlicer, a PrusaSlicer derivative for preparing GCODE for the Ender-3 S1. This tool is identical to PrusaSlicer, except that it includes an amazingly powerful set of calibration tools. I used the tools to set up the Ender-3 S1 and got terrific print results. I recommend using this approach for software for this device.

While the Ender-3 S1 does not include WiFi, Creality does offer an optional accessory, the “Creality Box”, which can provide a connection to the network and the company’s “Creality Cloud” for additional functionality.

Finally, I can say that the Ender-3 S1 is a very quiet 3D printer. The machine is basically silent, with the exception of the hot end’s cooling fan. If Creality could somehow find a way to make that fan blow in a quieter manner, this device would be undetectable when operating.

All of my print results were very good on the Ender-3 S1, with one exception, which you can see here:

This print failed because I had insufficient adhesion and should have used more support structures. My bad, it was not the fault of the Ender-3 S1.

Here is a 3D print of the Penguin model by Craig M. Clark. Note that I’ve used Ultimaker Cura’s fascinating “fuzzy skin” feature to provide a cool texture to the penguin. This effect hides layer and seam lines and is something you should test if you can.

This is the famous CTRL-V benchmark test, which, after calibration, came out very well.

Here’s a random part, some kind of handle, which also came out quite well.

Finally, here is a print of the amazing King Arthur figure called “Once and Future King”, by designer Jukka Seppänen on MyMiniFactory.

Print results were very good on anything I attempted to print on the Ender-3 S1, and I suspect some of the quality is due to a more robust construction of the machine. It’s a very solid unit.

The Creality Ender-3 is a very decent desktop 3D printer, and one that’s available at relatively low cost: only US$399, or even less if there happen to be timely discounts. It is easy to assemble and usable with a variety of powerful software tools with plenty of intersting and useful features. In my experience it has been quite reliable and certainly a device I will continue to use.

✔︎ Easy to use

✖︎ Not a touchscreen 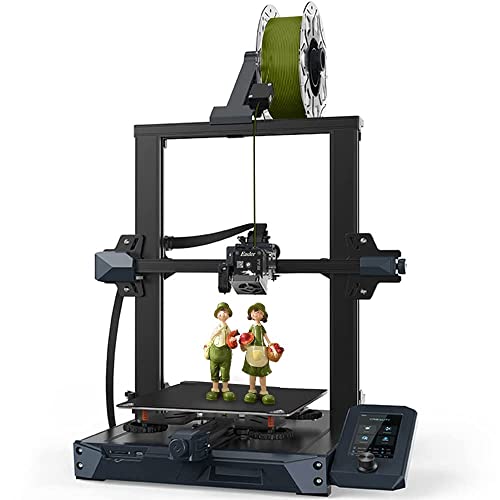 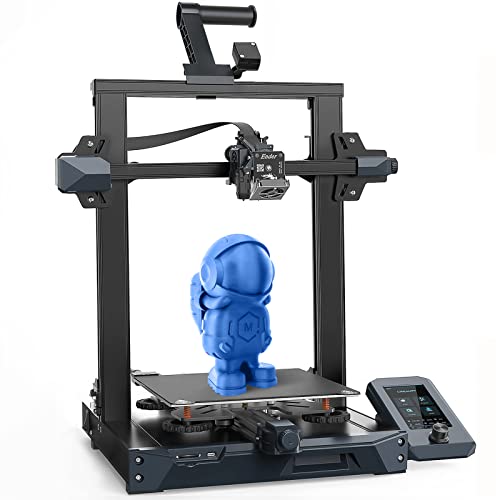 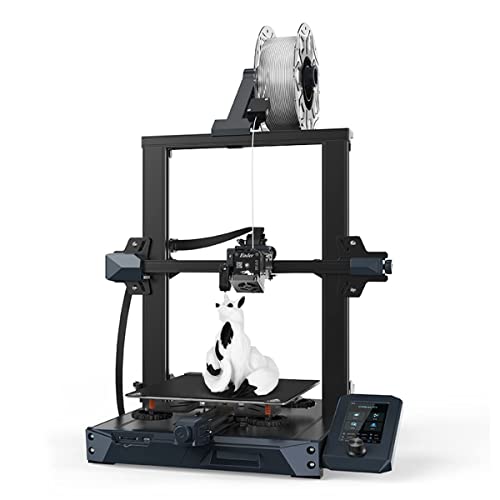 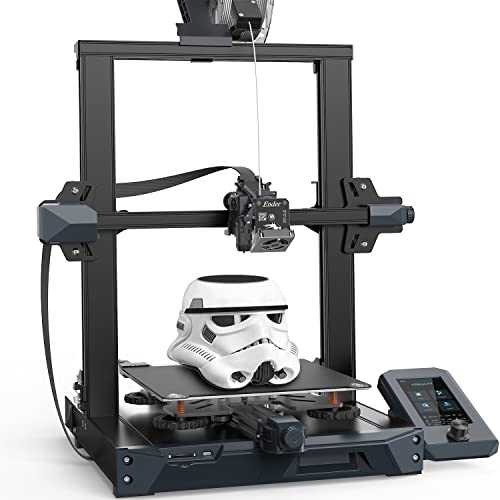 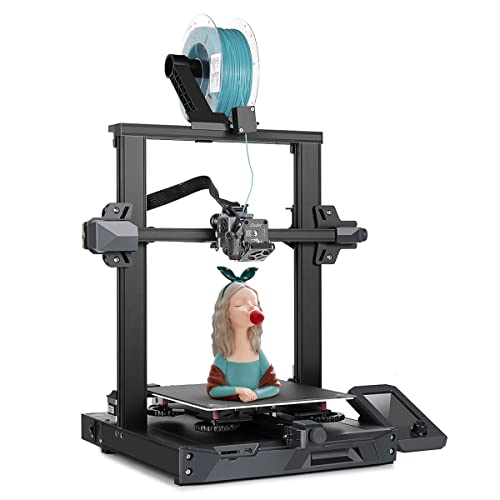 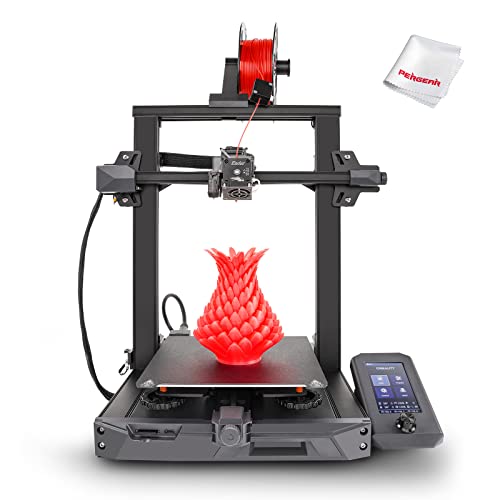 This is part three of a three part series. Please read parts one and two. 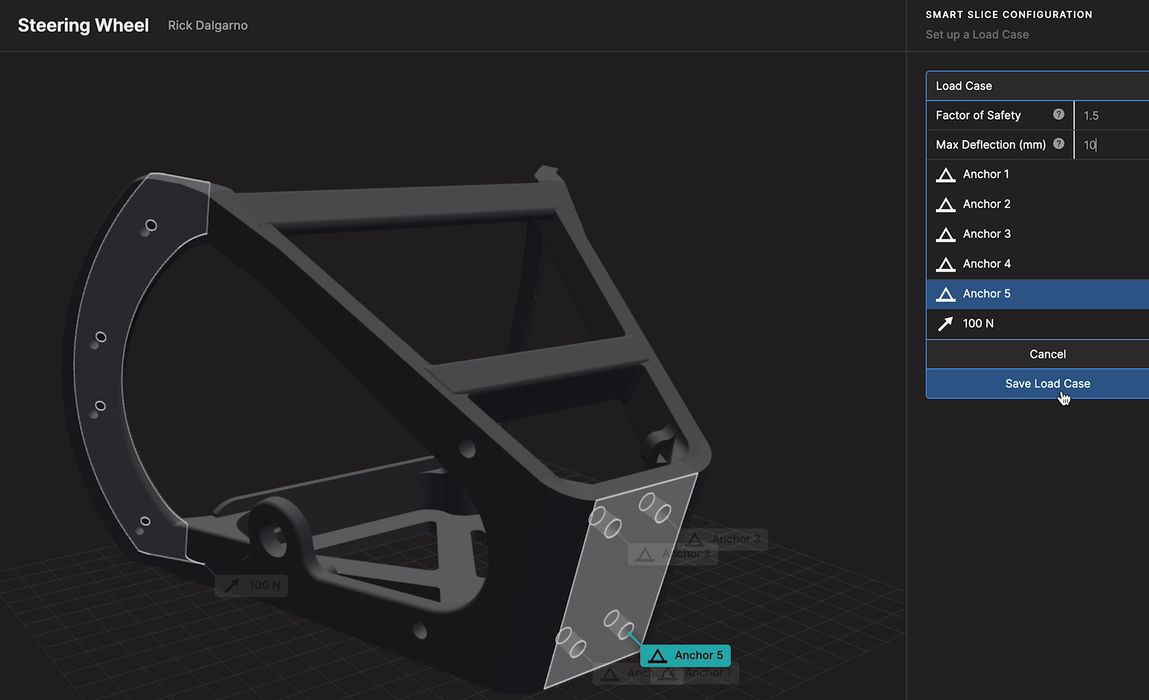