However, even as we’ve seen compelling applications for industrial use, the wait for functional and durable real-world objects has felt like a long one. That might be about to change, thanks to the resounding success of Sculpteo’s 3D printed bicycle project.

To celebrate CES 2017, the company embarked on a world first. It wanted to use 3D printers and laser cutters to manufacture as much of a functional bicycle as it could — and then test it in real and unforgiving conditions out on the road.

Sculpteo didn’t merely succeed in fashioning an impressive 70 percent of the bicycle’s components through 3D printing and laser cutting, however. It also watched as each of the components stood up to a punishing 570-mile road trip from Las Vegas to San Francisco.

How’d the Sculpteo team do it? Just as importantly, why is this so noteworthy? Let’s look at how this project was realized as well as the implications for real-world 3D printing.

An Inspiring Feat for the World of 3D Printing

You can read all about the groundbreaking journey undertaken by the bike’s creators, Piotr Widelka and Alexandre d’Orsetti, on the official Sculpteo blog, complete with photographs from the road and the many sights they saw along the way. For our purposes today, we’re more interested in precisely why this is such a triumph for 3D printing in general.

To be sure, we’re a long way off from 3D printing a complete automobile or space shuttle. However, bicycles are fairly complex machines in their own right, and they too have to withstand repetitive motion, intense forces and unforgiving conditions.

One of the biggest reasons why this is a triumph and an important benchmark for the 3D printing industry is because the Sculpteo team was able to put a variety of materials through the ringer, as it were. You probably know about several of the materials currently being used by owners and operators of 3D printers, including plastics, resins and certain types of metals. However, we haven’t seen many commercially viable products that use so many in one item — or use them to such great effect.

As we mentioned, more than 70 percent of the bicycle’s structure and components were fashioned by 3D printers and laser cutters. Here’s a breakdown of some of the bike’s components and the materials the team used to create them:

There are several other components that help bicycles turn human effort into forward motion, but these are some of the most important. They also give us a good look at some of the material and fabrication choices used throughout the project. As you might expect, there were some challenges to overcome in producing a durable and functional machine out of what are effectively still nontraditional methods.

Polyamide, CarbonMide and alumide are plastics. That might make them a curious material choice for some of the structural components of the bike, including frame connections. Merely the act of applying the brakes tends to transfer mechanical energy and vibrations to various components throughout the bike.

To find the ideal balance among strength, rigidity and low weight, Sculpteo employed SLS 3D printing to fashion several critical parts. Alumide is a great example of the balance achieved here — it combines the low weight of nylon with the strength of aluminum dust for an appealing strength-to-weight ratio. It’s a vital consideration for any serious bicyclist, and the success seen here is an incredibly exciting development for the future of bicycle manufacturing.

What Challenges Did the Team Overcome Throughout the Bike’s Maiden Voyage?

The biggest challenges presented by this project undoubtedly involved the proper matching of 3D printer materials with printing techniques and the eventual end-use of the part in question.

There are several examples of compromises and trials-and-error the team undertook to find the right pairings. Here are two:

If you’re wondering whether the bicycle completed its trip intact, we’ll end your suspense: It passed its road test with flying colors. All the 3D printed bike parts survived, which marks an important benchmark in the development of practical 3D printing.

Cost-Prohibitive for Most, but Probably Not for Long

By expertly combining more familiar production methods — including laser cutters — with 3D printing, the team proved that a hybrid fabrication model can work wonders in a consumer-driven marketplace such as the bicycle industry. If you’re wondering about the total price to build a bicycle like this using 3D printers and laser cutters, all but the most serious bicyclists are in for some sticker shock. The whole project cost Sculpteo an estimated $4,000.

It’s not an unheard-of price tag for a professional-caliber bicycle. With some additional fine-tuning, the price should drop even further even as the individual components are refined to the point where professional bicyclists might find this project, and others like it, too good an offer to pass up.

For the time being, we like to consider the venture priceless. In just the course of a single road trip, the horizons for 3D printing seem to have broadened dramatically. 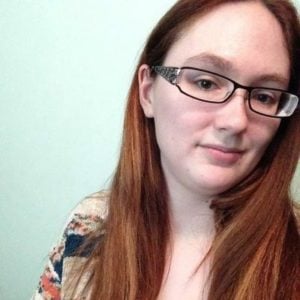 Megan Ray Nichols is the editor of Schooled By Science, a blog dedicated to making science and technology news easy to understand. Megan is a freelance science writer and a regular contributor to Datafloq, The Energy Collective, and Big Data Made Simple.
All Posts »
PrevPreviousElevating to New Heights with 3D Printing
NextCarbon’s Comfy StrategyNext