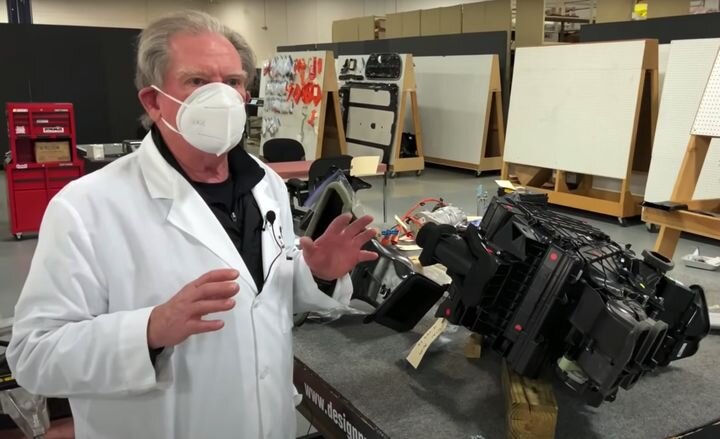 3D printed parts have been found inside the new Tesla model Y, and there is a very interesting reason why they are present.

The Tesla Model Y is the company’s newest electric vehicle offering, and although their factory is currently shut down, some models have been shipped and are loose upon the world.

The discovery of 3D printed parts was made by Munro & Associates, a design engineering company that provides advice to manufacturers (typically automotive or aerospace) on better ways to design their products for more efficient manufacturing.

One of the services provided by Munro & Associates is analysis of specific automobiles. Basically, they somehow procure a car of interest and then literally dissect it, part by part. They analyze in great detail every part produced. Then they prepare an extremely detailed report on their findings and sell copies to competing automakers who wish to learn new manufacturing tricks.

Recently Munro & Associates has been taking apart a new Tesla Model Y vehicle, and for some reason they’re producing daily YouTube videos on their progress for everyone to see. The videos, hosted by Munro & Associates’ chief Sandy Munro, reveal interesting aspects of the vehicle’s design and are fun to watch, if you have an engineering bent. 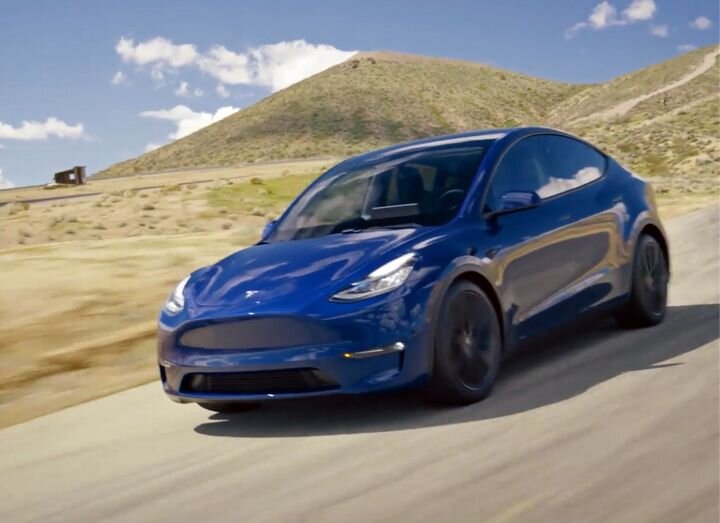 The most recent episode explored two parts of the Model Y: the mysterious “Octovalve”, which is part of the heat pump system, and the HVAC unit.

The latter was what caught my interest, as Munro pointed out a 3D printed part on the exterior of the HVAC unit, an image of which is shown here. The 3D printed part segment starts about seven minutes in:

There are two attachments shown by Munro. One appears to be a normal, injected molded part, but the other is clearly a 3D printed part made by an extrusion process. 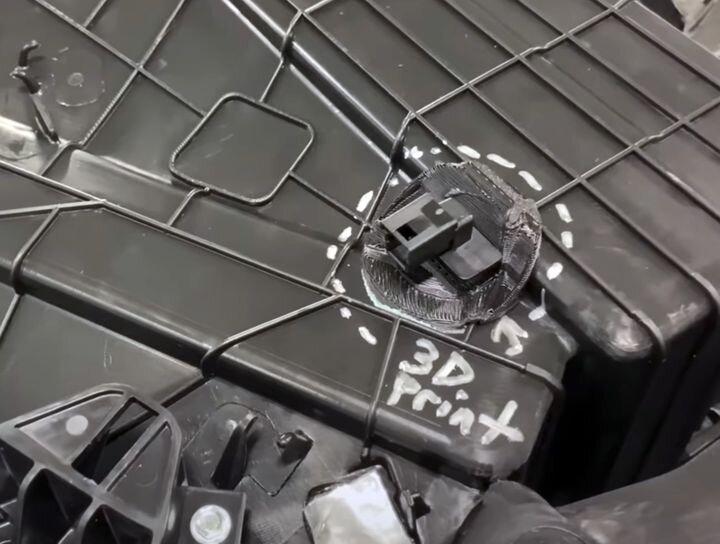 Here we can see the part in a bit more detail. While it’s definitely made using the FFF process, I have to say it does not have the best print quality. In fact, it’s pretty terrible as the extrusion lines are separated and it doesn’t look sufficiently dense. It’s probably more than sufficient to accomplish its function, however. 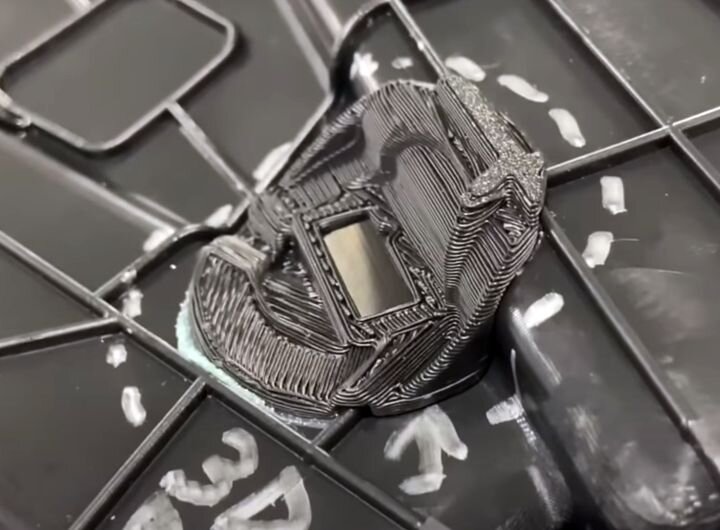 It’s almost like someone had rushed the print and quickly pasted it on the HVAC unit.

And that is likely what happened, according to Munro. He explained that the most likely scenario here is that during assembly someone discovered the intended part was not correct in some way. Normally this would shut down the entire production line, and there’d be quite a wait for a new mold to be made with the proper design.

However, Tesla is not a normal manufacturer and holding up an entire production line for lack of a single hunk of plastic was not on. Evidently someone quickly whipped up a new design and 3D printed it on a handy 3D printer nearby. More than likely the production stall was only a few hours or less by using this approach.

The idea here is that 3D printing, which can produce parts in only hours, can sometimes fill the time gap created when there are no injection molded parts available. Very smart!

Munro said he has never seen this approach done before in the automotive industry. I suspect it is not always feasible due to the nature of part material requirements or certifications, but in many cases this is a valid approach, and one that Tesla has used in this instance.

It’s likely that soon after they procured a mold and began producing proper injection molded parts, and the 3D printer was retired to await the next emergency. Therefore it’s unlikely many other Model Ys will have 3D printed emergency parts.

I happen to have a Model Y on order, and when it arrives I’ll be doing some looking through it to see if I can find any 3D printed parts myself.

Kerry Stevenson, aka "General Fabb" has written over 8,000 stories on 3D printing at Fabbaloo since he launched the venture in 2007, with an intention to promote and grow the incredible technology of 3D printing across the world. So far, it seems to be working!
All Posts »
PrevPreviousHigh-Speed Functional 3D Printing Materials Partnership
NextA Few Considerations For Virtual EventsNext