Should You 3D Print or CNC Machine Your Prototypes? The decision ultimately breaks down to additive versus subtractive manufacturing — a simple but consequential difference. 3D printing may someday supplant even more “traditional” fabrication methods than it already has. But for the time being, the prototyping process comes with a series of choices to make — including this one — as well as some tradeoffs.

With their strengths in mind and some honesty about their drawbacks, here’s a quick guide to choosing between a 3D printer and a CNC machine for your next prototyping project. The first reason is if you are working with metal.

Until extremely recently, purchasing a 3D printer capable of printing aluminum or another metal was shockingly expensive — think a price tag of a few hundred grand or more just as a day-one buy-in. Thankfully, newer printers are about to solve that problem and bring this technology to an even larger number of users. For the time being, though, you are going to want a CNC machine if you plan to prototype or eventually make a finished product using aluminum, steel, magnesium, zinc or another metal.

The second reason is if durability matters above all else.

Available 3D printers support several possible material choices, including ABS plastic, nylon, acrylic, polycarbonate and many others. Most of these materials are surprisingly strong and capable in their own rights, but the simple fact about CNC machining is that it almost always results in more durable products over the long run. In fact, the structures you can produce with a milling machine include some that are consistently under incredibly high working pressures, including ball joints, spindles, valve bodies, rollers, brackets and more.

The third reason is if you need to build larger-than-average parts.

Some common printing processes like DMLS and SLS have an upper limit to the “build volume” they can produce. Meanwhile, you can consistently rely on CNC machining to produce larger parts than a 3D printer. It’s true some types of printers, including HP’s Multi Jet Fusion, have now outstripped CNC machines in terms of the complexity of the structure you can produce. But for sheer size, CNC machines are still your top choice. The first compelling reason to use 3D printing for prototyping is ease of use. It’s an area where you’ll potentially need to contemplate a tradeoff.

If the current selection of workable materials seems to suit your workflow and product designs, a 3D printer will also be appealing because it’s relatively simpler to use. An in-progress print doesn’t require supervision, and setup is usually as simple as preparing a digital file and choosing some orientation settings. CNC machining, in contrast — even as it, too, becomes more complex thanks to the addition of computer terminals — still requires a specific skill set and more labor throughout the process.

The second reason is if you plan to fabricate in low volumes.

We’re talking about prototyping, which means we’re already in the realm of low production volume. But if your plans also call for small production runs, and the tolerances of your product fit with what we’ve already discussed, a 3D printer is probably the most sensible investment. CNC machines are appropriate for larger product batches, while 3D printing is better suited to turning out smaller quantities of prototypes or products quickly — and, on average, at a more manageable cost over the long run.

The third reason is if waste and environmental friendliness are priorities for you.

Remember, we’re choosing between additive and subtractive manufacturing. By its very nature, subtractive manufacturing processes like CNC machining and milling produce waste by removing material from the workpiece. While it’s possible to reuse this material, just as often, it gets discarded. Meanwhile, 3D printers use only the material required by the current product being worked on. From an ethical standpoint, 3D printers are the eco-friendlier choice. They’re also potentially the less expensive one, provided you’re working with smaller batches, thanks to the production of less waste.

No Such Thing as One-Size-Fits-All

There’s a third choice we haven’t talked about yet, but that’s partially because they occupy an uncertain space within the industry. Combination units comprised of CNC machines and 3D printers have become commercially available as well, meaning there might be a middle-ground machine out there that can solve a particularly stubborn dilemma for your workshop.

For most people, though, the choice between 3D printer and CNC machine will be relatively clear-cut if you consider the criteria we’ve looked at here and honestly appraise your current and future needs. It’s an exciting time to be involved with fabrication and prototyping, and the huge selection of tools and technologies is a big part of the reason why. What you see at a 3D printer trade show is not necessarily what you will get. We have some ideas on what’s really going on at 3D printing exhibitions. Jul 10, 2018
Book of the Week: The Ultimate Guide to Designing, Prototyping and Mass Manufacturing your Product Idea

This week’s selection is the useful “The Ultimate Guide to Designing, Prototyping and Mass Manufacturing your Product Idea” by Jason Vander Griendt. 3D printing offers tremendous advantages, but we don’t mention them as often as we should. Jun 8, 2018
Yet Another Fascinating Approach Enabled by 3D Printing

I’m reading a story on how 3D printing technology enabled a new kind of product testing. Prototyping has long been a key application for 3D printing, but here’s a new approach. 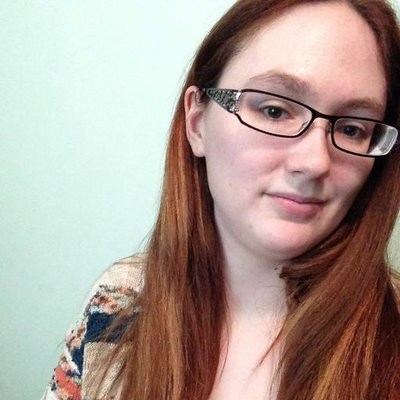